Top Posts
‘Company’ to Hit the Road on North American...
Meet the Full Cast of ‘Shucked,’ Coming to...
Full Cast for ‘Parade’ Announced
Stephen McKinley Henderson Gives the Performance of His...
The McKittrick Hotel Announces the Return of ‘The...
Broadway Stars Honored with Academy Award Nominations
Taylor Trensch, Danny Wolohan, and More Join the...
A Gay Road Trip Comes to The Brick...
Maude Apatow of ‘Euphoria’ is the Next Audrey...
Tony Award Winners to Star in ‘Hercules’ at...
Home Beyond Broadway From Convent Girl to Convict: ‘The Confession of Lily Dare’
Beyond BroadwayReviews 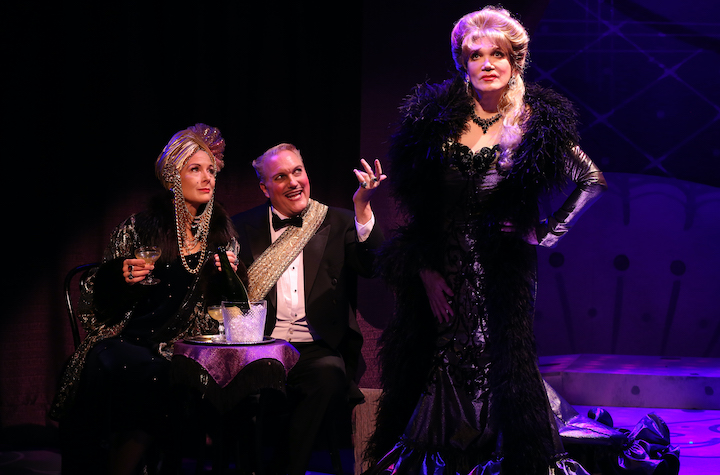 The most memorable theatrical moments are those of transformation. Sometimes they come in an instant, like Sandy’s big reveal in Grease; other times, it’s a slow burn, like Macbeth’s descent to insanity. In the case of Lily Dare, a carpetbag full of side glances and pursed lips (along with various wigs) encapsulates the decades-long journey from convent girl to chanteuse to brothel owner. While Charles Busch’s The Confession of Lily Dare doesn’t necessarily shine new light on the “confession films” of the 1930s, it occasionally sparkles, thanks mostly to a supporting cast that jolts Busch’s Lily out of a dreamy, cinematic haze.

Playwright, actor, director, novelist, cabaret performer and drag icon Charles Busch has been penning plays for 45 years since first arriving as a theater student at Northwestern University. Busch, often drawn to hyper-stylized period films for inspiration, also found a creative outlet in drag, which has been an integral part of his work throughout his career. The Confession of Lily Dare is a culmination of his vast knowledge of film history. 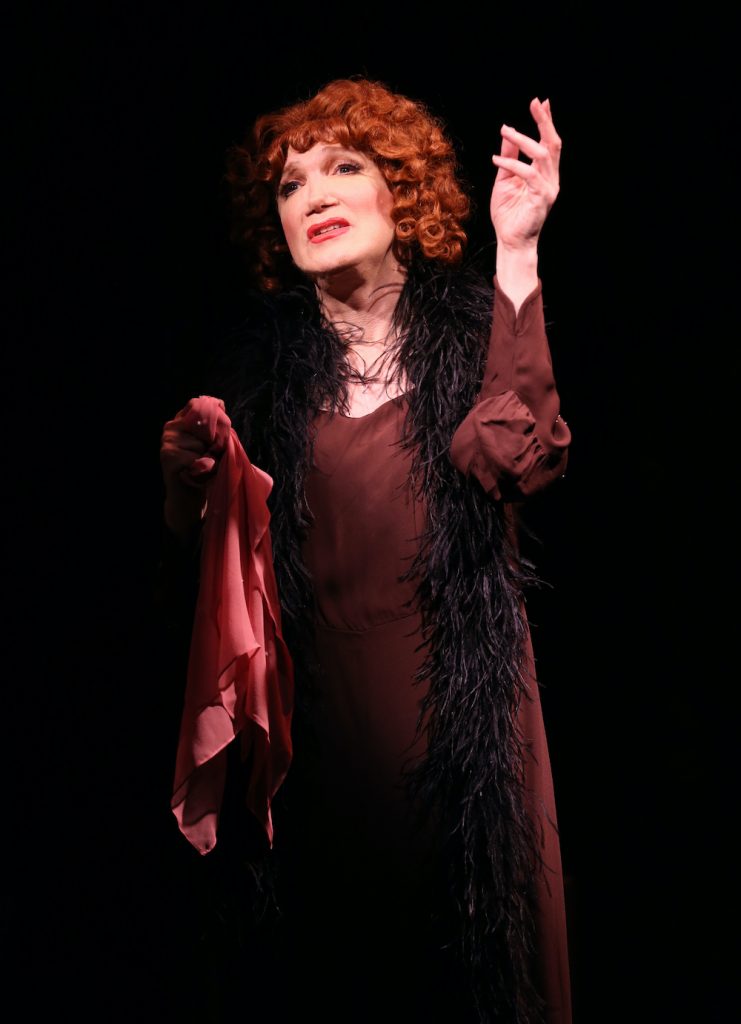 We first meet young Lily in 1906. Just out of a Swiss boarding school, she’s arrived at her aunt’s house (which also serves as a brothel) in San Francisco’s Tenderloin. Lily quickly falls in love with her aunt’s bookkeeper, Louis (Christopher Borg), and becomes pregnant, but the century’s most famous earthquake reduces the poor girl’s dreams to rubble. She pleads with the smarmy bon vivant Blackie Lambert (Howard McGillin, Gigi) for help. He transforms Lily “into the most glittering sought after cabaret entertainer in San Francisco, New York, London and Paris.”

Busch, whose past works have included a murderous twin (Die, Mommie, Die!) and Mother Superior (The Divine Sister), has long embraced satire as his theatrical form of choice. The Confession of Lily Dare follows suit. As a playwright, Busch smartly intersects the era’s milieu with modern tropes to tickle the audience. But what he manifests on the page underwhelms on the stage with a low-energy Lily Dare who often finds herself upstaged by chameleon character actors Christopher Borg as Louis (and several other heavily accented characters,) and Jennifer Van Dyck as the matronly Aunt Rosalie, Lily’s bastard child Louise and others.

By Act II, Lily has taken the hit for one of Blackie’s illegal shenanigans and winds up in jail. Separated from her mother, Louise is placed in the home of a wealthy family. With a voice inherited from her mother, she grows up to be a successful opera singer. A reunion of mother and daughter eventually transpires, but Lily’s days are numbered.

“It takes bravery to live, not to die,” reflects Lily in her final moments. Busch, too, has found such fortitude, long before RuPaul’s Drag Race turned the art of female impersonation into mainstream consumption. Busch’s take resonates more subtly than his millennial counterparts, but under Carl Andress’s direction, the intersection of naturalism and amped-up style never finds momentum.

B.T. Whitehill’s unnecessarily busy set design — a flimsy array of side panels bathed in lavender by lighting designer Kirk Bookman — provides an unnecessary obstacle course for the ensemble, while costume designer Rachel Townsend resists dressing Lily and her cohorts in the world of full-on camp. Though exaggerated silhouettes appear, the collection teeters on expected, contributing to a visual aesthetic that fails to fill the intimate Cherry Lane Theatre.

“I give you these words of truth,” says Lily to her daughter. “It’s the moments of love that matter. Only the moments of love.” Busch undoubtedly loves the form in which he has found so much self-expression over the years. And while The Confession of Lily Dare may not leave a lasting impression, its heart is in the right place.