Top Posts
‘Company’ to Hit the Road on North American...
Meet the Full Cast of ‘Shucked,’ Coming to...
Full Cast for ‘Parade’ Announced
Stephen McKinley Henderson Gives the Performance of His...
The McKittrick Hotel Announces the Return of ‘The...
Broadway Stars Honored with Academy Award Nominations
Taylor Trensch, Danny Wolohan, and More Join the...
A Gay Road Trip Comes to The Brick...
Maude Apatow of ‘Euphoria’ is the Next Audrey...
Tony Award Winners to Star in ‘Hercules’ at...
Home Beyond Broadway The McKittrick Hotel Announces the Return of ‘The Strange Undoing of Prudencia Hart’
Beyond Broadway 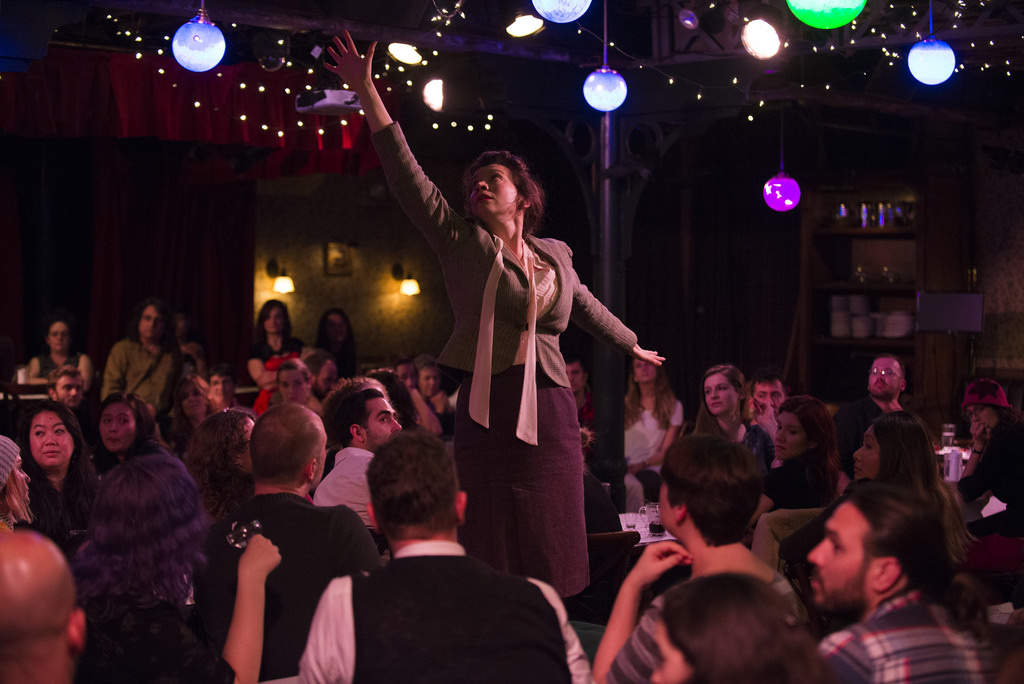 Photo from The McKittrick Hotel

The McKittrick Hotel, home of Sleep No More, announced today that the critically acclaimed production of The Strange Undoing of Prudencia Hart will return to The Club Car for a a strictly limited engagement starting on Wednesday, March 8. Opening Night is planned for Monday, March 20 and performances will run through April 30.

The show, a transporting and music-filled Scottish folk theater fable, played an acclaimed engagement at The McKittrick Hotel in 2017. The residency was extended three times due to popular demand and earned a Drama Desk Award for “Unique Theatrical Experience.”

The Strange Undoing of Prudencia Hart unfolds among and around its audience, weaving an ingenious, lyrical, and enchanting story told with live music throughout its intimate and supernatural setting. The Club Car is transformed into a high-spirited Scottish pub for the occasion.

Written by Greig and directed by Wilson, the creative team also includes design by Georgia McGuinness, movement by Janice Parker, and musical direction by Alasdair Macrae.

Performances will be offered on Sundays at 7PM, Mondays, Wednesdays, Thursdays, Fridays, and Saturdays at 8PM, with a matinee on Saturdays at 3PM. Tickets are currently priced from $109.50 per person.

Doors open one hour before showtime. The running time is 2 hours and 15 minutes, including intermission.

Sleep No More, Speakeasy Magick, and At The Illusionist’s Table are also currently running at the hotel. For tickets and information, visit www.mckittrickhotel.com.

The McKittrick Hotel (@TheMcKittrick) is home of immersive theater spectacle Sleep No More (@sleepnomorenyc), dazzling Speakeasy Magick, and intimate live events in Manderley Bar and The Club Car. Guests are also welcome to the hotel’s Alpine rooftop bar and restaurant, The Hideout at Gallow Green (@gallowgreen) – now playing At The Illusionist’s Table.

The McKittrick Hotel provides a unique location for celebrations and private gatherings of all sizes. The legendary venue is also renowned for presenting one-of-a-kind live concerts, intimate music festivals, and spectacular soirées for Halloween and New Year’s Eve.

Located in close proximity to Hudson Yards, Little Island, The High Line, West Chelsea art galleries, and The Meatpacking District, The McKittrick is a not-to-be-missed destination for locals and visitors alike. For additional information, visit www.mckittrickhotel.com.