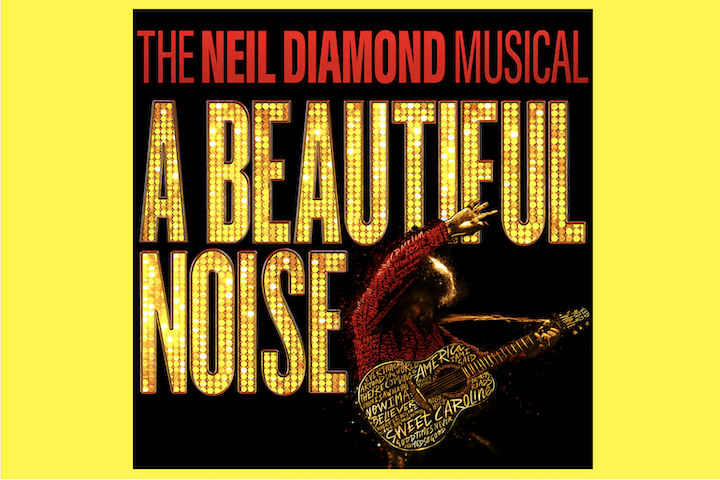 Producers Ken Davenport and Bob Gaudio announced that tickets for the world premiere of The Neil Diamond Musical: A Beautiful Noise will go on sale Tuesday, March 1 for fans, followed by general public sales beginning March 4. The production is scheduled to open at Boston’s Emerson Colonial Theatre from June 21 through July 31.

In addition, producers unveiled the logo for A Beautiful Noise, featuring a commissioned work by Ireland-based artist Peter Strain that includes a hand-crafted image of Diamond inspired by his 1976 concert at Los Angeles’ Greek Theatre, a venue he sold out frequently in his decades of touring.

Long loved by Boston, Diamond first played Revere, MA, in 1967 and subsequently played Boston and surrounding areas almost 40 times, visiting the city in each decade of his 50+ years of performing.

His iconic song “Sweet Caroline” has become an anthem to Red Sox fans where at every home game, an eighth-inning singalong takes place at Fenway Park. The song’s connection to Boston was seared into the hearts of millions when, in the immediate aftermath of the 2013 Marathon Bombing, teams around the Major Leagues played the song to show solidarity with the city. While at Fenway, Diamond himself took to the field to sing an emotional rendition of the 1969 classic.

With his first break into songwriting in the 1960s and his meteoric rise in the 1970s and plenty of crushing disappointments and heart-stopping triumphs along the way, Neil Diamond has maintained an almost unthinkable level of superstardom for five straight decades. How did a poor Jewish kid from Brooklyn become one of the most universally adored showmen of all time? There’s only one way to tell it: a musical set to his era-defining smash hits that entranced the world.

Throughout his phenomenal and wide-ranging career, Neil Diamond has performed at sold-out stadiums and arenas worldwide, dominated the charts for more than five decades, sold over 130 million albums worldwide and achieved record sales.

A Grammy Award-winning artist, Diamond is a member of the Rock & Roll Hall of Fame and The Songwriters Hall of Fame. He has been presented with The Johnny Mercer Award, The Grammy Lifetime Achievement Award and The Sammy Cahn Lifetime Achievement Award, three of the highest honors bestowed on songwriters and artists. He has also been the recipient of the NARAS Music Cares Person of The Year Award and the prestigious Kennedy Center Award for his contributions to American culture.