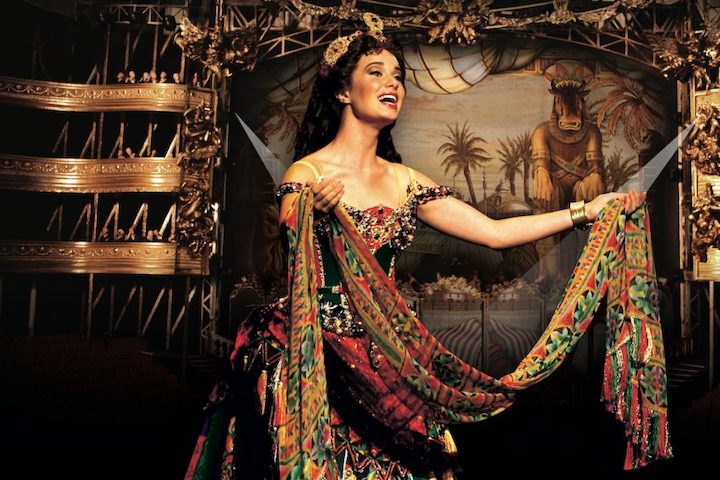 Sierra Boggess in ‘The Phantom of the Opera.’ (Photo: Joan Marcus via Think Jam.)

Calling all lyric sopranos! Broadway’s The Phantom of the Opera — the longest-running production on the Great White Way — seeks a new leading lady via self-tape auditions. The nationwide casting search is open to performers of all backgrounds as the production looks to find fresh, new talent in the musical’s heroine, Christine Daaé.

Tara Rubin Casting put out the casting call across social media with the following information: “CHRISTINE DAAE: 18-mid 20’s. Playing age should be as young as possible but is normally early to mid-twenties. This character can be Black, Latine, MENASA, API, Indigenous, or white. A beautiful lyric soprano voice that combines elements of classical and musical theatre singing. Sings G below middle C to high E.” Rodney Ingram as Raoul & Ali Ewoldt as Christine in ‘Phantom of the Opera.’ (Photo: Matthew Murphy)

Those auditioning are invited to sing a portion of  “Think of Me,” with free accompaniment tracks and sheet music downloaded from here. The file should be sent along as a non-expiring downloadable link to PhantomBroadwayCasting@gmail.com, with “Submission — Last Name” in the subject line. The body of the email should include the performer’s name, height, current location, and contact info; actors must also attach their headshot and resume. Submissions close soon — on Monday, April 5 — and only those based in the United States can be considered.

People of color have assumed other leading roles in The Phantom of the Opera (Norm Lewis was recently starring in the titular role), but the first (and, thus far, only) woman of color to play the role of Christine on Broadway is Ali Ewoldt, the Filipino-American actor who starred in the show from 2016–2018. That stint followed another iconic soprano role: she was previously Cosette in the first Broadway revival of Les Misérables.

The Phantom of the Opera features an epic score by Andrew Lloyd Webber and Charles Hart and a book by Lloyd Webber and Richard Stilgoe. The late multi-Tony Award winner Harold Prince helmed the production, and Gillian Lynne served as choreographer and provided musical staging. Sarah Brightman, who was married to Webber at the time, originated the role, both in London and on Broadway.

The musical is based on Gaston Leroux’s novel, and it has been playing at the Majestic Theater since it opened in 1988.

Here’s a look at Sierra Boggess singing “Wishing You Were Somehow Here Again” — think you have what it takes?