Top Posts
‘Company’ to Hit the Road on North American...
Meet the Full Cast of ‘Shucked,’ Coming to...
Full Cast for ‘Parade’ Announced
Stephen McKinley Henderson Gives the Performance of His...
The McKittrick Hotel Announces the Return of ‘The...
Broadway Stars Honored with Academy Award Nominations
Taylor Trensch, Danny Wolohan, and More Join the...
A Gay Road Trip Comes to The Brick...
Maude Apatow of ‘Euphoria’ is the Next Audrey...
Tony Award Winners to Star in ‘Hercules’ at...
Home Reviews In ‘The Rose Tattoo,’ Mourning Becomes Electric
Reviews 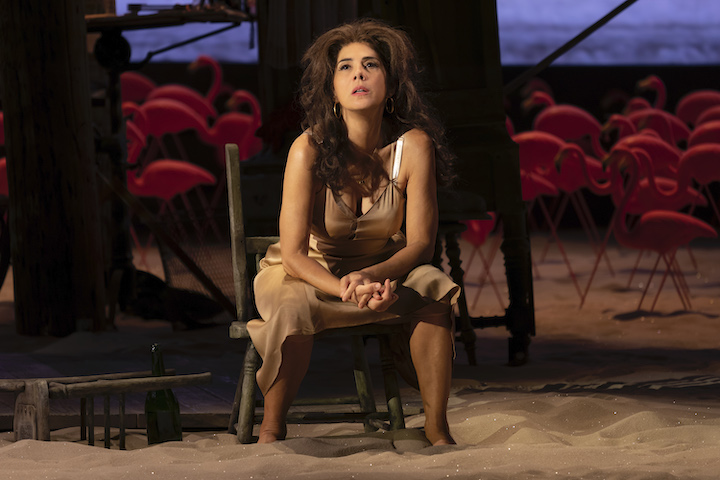 Grief can kill. But for those lucky enough to crawl out from the underbelly of its vice-like grip, a pulsating world of love, passion, empathy and —yes — even more grief awaits. Such is the steamy portrait Tennessee Williams portrays in The Rose Tattoo.

Roundabout Theatre Company presents the fourth Broadway production of Williams’ 1951 play about recent widow Serafina Delle Rose (Marisa Tomei), her descent into heartache, and her pulsating resurrection when trucker Alvaro Mangiacavallo (Emun Elliott) arrives on her stoop amid an altercation with a traveling salesman.

The plot, like in many of Williams’ plays, is not earth-shattering. Instead, the playwright creates a world in which his characters move through an environment that offers a broader social commentary while also portraying colorful, intimate details. In the case of The Rose Tattoo, he sweeps us away to “somewhere along the Gulf Coast between New Orleans and Mobile, where a new generation of Italian-Americans are taking root. 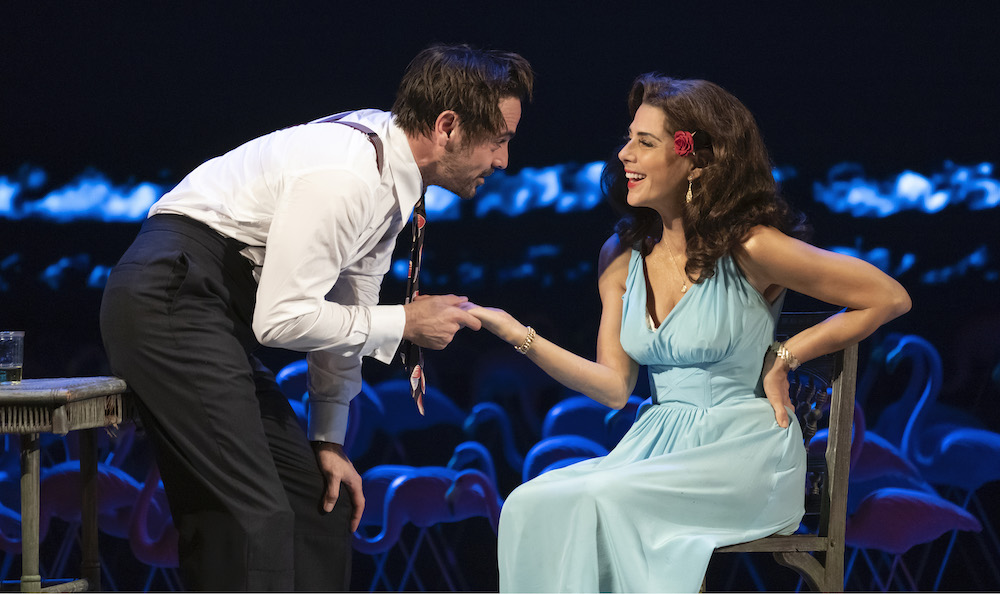 But where there is ugliness and fear, so, too, is there hope in beauty. Serafina’s daughter, Rosa (Ella Rubin), longs for her mother to move through her grief so the pair can move on with their lives. Tomei adeptly navigates through passages of gravitas to find humor, and her chemistry with Elliott’s Alvaro is seductive and charming.

Mark Wendland’s atmospheric set, consisting of sprawling panels featuring undulating ocean projections by Lucy Mackinnon, give the play an ethereal, dreamlike quality, rooted in sand and a sparse framing of Serafina’s home. A utility pole, looming above with its electrical wires pulled tight across the skyline, reflect (at least to the audience member’s eye) our deep desire to connect. The power lines, as they bisect the horizon, reminding us of our interconnectivity.

The Rose Tattoo, now more than 68 years since it first appeared on Broadway, also offers an ugly reminder of the prejudices that have long infected our communities. And while few today see Italian Americans as a menace to our native soil, there was a time when some considered their presence a threat. Williams, through the heartbreaking humanity of his words, proved them wrong.