Top Posts
‘Company’ to Hit the Road on North American...
Meet the Full Cast of ‘Shucked,’ Coming to...
Full Cast for ‘Parade’ Announced
Stephen McKinley Henderson Gives the Performance of His...
The McKittrick Hotel Announces the Return of ‘The...
Broadway Stars Honored with Academy Award Nominations
Taylor Trensch, Danny Wolohan, and More Join the...
A Gay Road Trip Comes to The Brick...
Maude Apatow of ‘Euphoria’ is the Next Audrey...
Tony Award Winners to Star in ‘Hercules’ at...
Home Beyond Broadway A Tale for Two Seasons: Goodman Theatre’s ‘The Winter’s Tale’
Beyond BroadwayReviews 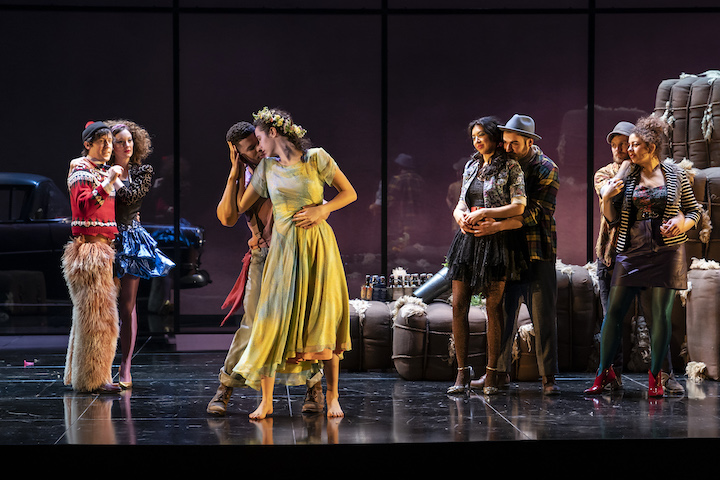 The Winter’s Tale, one of William Shakespeare’s final works, reads to many like two plays shoehorned into a single script: the first half — tragic, dark and brooding; the second part —comic, light and colorful. In a nod to this dichotomy, Goodman Theatre and its Tony Award-winning artistic director Robert Falls, bring a knowingly bipolar but intriguing reimagining of the Bard’s piece to the Chicago stage.

The play opens in the Kingdom of Sicilia, where the jealous King Leontes (Dan Donohue) falsely accuses his pregnant wife Hermione (Kate Fry) of extra-marital relations with his best friend and fellow King of Bohemia, Polixenes (Nathan Hosner). Stubborn, sinister and deluded as the monarch is beyond all reason, Leontes’s castle is constructed in correlation to the character — a dimly lit slipshod house of mirrors. Set designer Walt Spangler gives us the claustrophobic experience of an Elizabethan fun house where every step (or misstep) can send one falling through a trap door. Lighting designer Aaron Spivey further brings Sicilia to life as a dangerous place from which flight is the only means of survival.

Leontes’ long-time confidant Camillo (Henry Godinez) is the first to flee his King’s madness, choosing to depart for Bohemia with Polixenes, rather than kill him as ordered. After Camillo and his new King exit stage, Leontes brings the proverbial temple down upon his own head, unleashing a chain of events that ultimately leads to the death of Hermione and their young son Mamillius (Charlie Herman). Newborn baby girl Perdita (played as an adult by Chloe Baldwin) is banished, as Leontes falsely believes her to be a bastard. 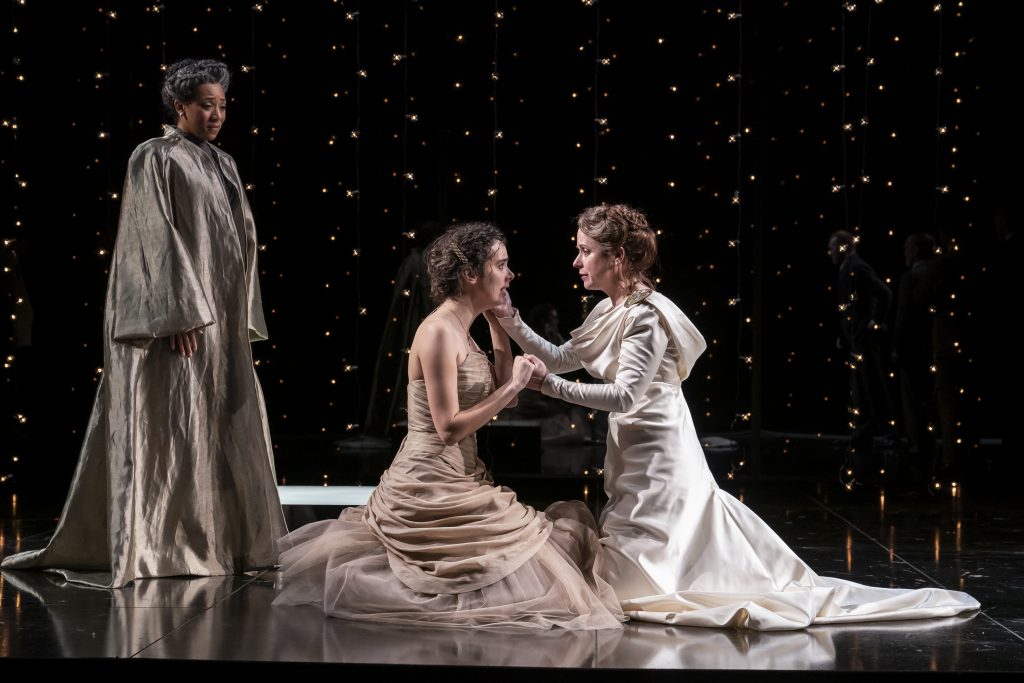 After so much sadness and an intermission to break up the two hour and 15-minute production, the audience finds itself transported to Bohemia, where we find Camillo and Polixenes after the passage of 16 years. The jarring scenic change may remind one of the moment in The Wizard of Oz after Dorothy loses consciousness in black and white Kansas, before waking up in Technicolor. Quite suddenly, the audience is whisked from brooding to whimsy, chauffeured by amiable pickpocket and troubadour, Antigonus (a multi-talented Gregory Linington).

A less intense Falstaff for The Winter’s Tale, Antigonus strums a guitar and tells the audience about Bohemia, a land of color set against the work and play of pastoral life. There are flower petals everywhere, music and dance, and it is here that the improbable romance between Prince Florizel and adopted princess-turned-peasant-girl Perdita can flourish. The simple pleasures working the earth are deliberately juxtaposed with the anxious trappings of power and money. In Bohemia, even the flimflam man has charm. 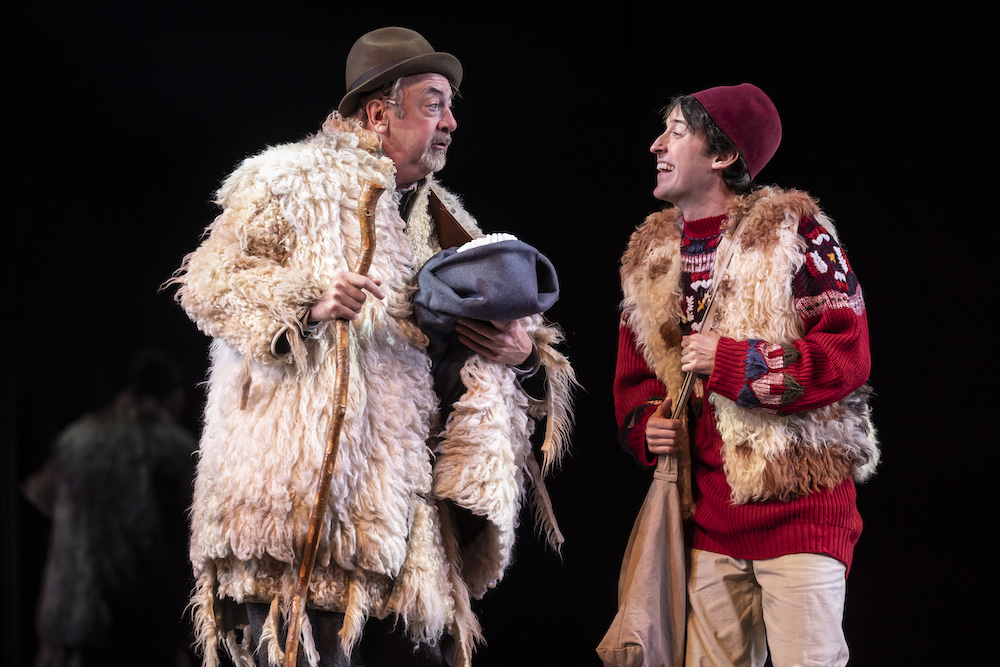 Part of the fun in this Bohemia is that we know more than the silly and angry characters do. We think we can see the story’s ending, and can thus relax and enjoy the show. In this reimagining of Shakespeare’s work, the audience is treated to modern pop cultural breadcrumbs like a cool line dance sequence choreographed by Tommy Rapley, and a joke about the band Queen. Mr. Falls’ production and its 19-member cast invite us all the way in during the show’s second half, after holding us at paranoid arm’s length in Sicilia.

But in a bit of late-career paradigm busting, the Bard throws his audience a science fiction curveball. Or does he? A rushed, climactic ending may leave heads scratching, but after a night to sleep on it, I’ve decided that this is a good thing. Few of Shakespeare’s most famous plays end in mystery. Goodman Theatre’s production of The Winter’s Tale embraces ambiguity with gusto, offering a smartly realized and multi-dimensional realization of one of Shakespeare’s most cryptic works.

It’s the Year of Chicago Theater! Check out these other critically acclaimed shows…
The Children through June 9 at Steppenwolf
Buyer & Cellar through May 19 at Pride Arts Center