Top Posts
‘Company’ to Hit the Road on North American...
Meet the Full Cast of ‘Shucked,’ Coming to...
Full Cast for ‘Parade’ Announced
Stephen McKinley Henderson Gives the Performance of His...
The McKittrick Hotel Announces the Return of ‘The...
Broadway Stars Honored with Academy Award Nominations
Taylor Trensch, Danny Wolohan, and More Join the...
A Gay Road Trip Comes to The Brick...
Maude Apatow of ‘Euphoria’ is the Next Audrey...
Tony Award Winners to Star in ‘Hercules’ at...
Home Watch Now Weekend Watch: “The Wiz”
Watch Now 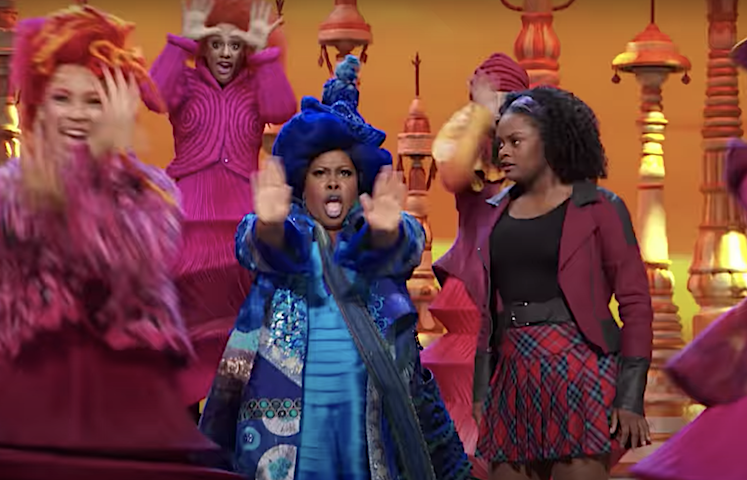 (l to r) Amber Riley and Shanice Williams in ‘The Wiz Live!’ (Film still from The Shows Must Go On!)

The Wiz, subtitled The Supersoul Musical ‘The Wonderful Wizard of Oz,” was a Broadway hit when it opened in January 1975. The musical won five Tony Awards, including Best Musical, and featured terrific performances by Stephanie Mills as Dorothy, André De Shields as The Wiz and Dee Dee Bridgewater at Glinda.

Producers ask viewers to consider making a donation to the NAACP.