Every month, a fabulous actor/singer/dancer fills out editor Matthew Wexler’s nosey little questionnaire and offers a glimpse of what he looks like from a bit closer than the mezzanine. We’re losing our minds over this month’s sexy buff, Anthony Sagaria, now appearing in the highly anticipated musical American Psycho. Do you think Broadway is ready for a musical bloodbath?
Completely. This show is dark, hilarious, bloody, and certain aspects are eerily relevant to today’s society. It’s the perfect time for this show to be making its way to Broadway.

You’re covering five roles in American Psycho — what was the audition process like and do you have a favorite?
The audition process wasn’t too bad actually. I read for one role, got called back to dance for a different role, and then at final callbacks read for both of them. All of that took about a week, and then a month and a half later, I got the call. As for a favorite part, they are all incredible in their own way. The P&P boys (Patrick Bateman’s friends) are probably my favorite, though.

American Psycho is set in the late 80s / early 90s – what is some of your favorite music from that era?
So much good music was being written at that time—from Queen to Michael Jackson, Tears for Fears to Genesis, Radiohead to Run-DMC. The list just goes on and on. American Psycho’s lead character, Patrick Bateman, is known for his materialistic tendencies. If you had unlimited funds to fill your medicine cabinet with grooming products or closet with high-end fashions, what might we find?
A closet of well-tailored, good looking suits with ties, cufflinks, dress shoes, and shirts. A well-tailored suit can get you in just about anywhere.

If I wasn’t a performer…
I would be in marketing using my creative side to convince you to buy things you might not necessarily need. Places, Intermission or Curtain Call?
Places. The energy backstage while waiting for the house lights to dim is incredible.

The best post-show cocktail in New York City is at:
It’s a toss up between Glass House Tavern on 47th Street and Betti Bar at the Hourglass Tavern on 46th Street.

After you’ve hit all the traditional sites of New York City, you should totally go to:
The Thirsty Koala, in Astoria, which has incredible Australian food or Black Tap in SoHo for the craziest milkshakes you’ve ever seen.

If I could live anywhere else in the world it would be:
Italy or London.

My workout “secret” is:
Simply get to the gym. Even if it’s only for 10 minutes, those 10 minutes will eventually turn into 20 and then 30 and so on. Getting motivated to get off the couch and go to the gym is the hardest part.

When I’m looking for a date, nothing attracts me more than:
Confidence and originality. If you’re happy with who you are, the rest comes easy.

My favorite website to visit that you may not have heard of is:
You’ve probably heard of it, but as a music lover it is Pitchfork.com. People would be surprised to learn that…
I am an amusement park fanatic. Nothing’s better than getting a group of friends together and going to Six Flags, Cedar Point, Disney World, etc.

When I was 10, I wanted to be just like:
My dad. He has a gorgeous voice, can figure out how to fix anything, and is one hell of a hard worker.

Ten years from now I’d like to be:
Still acting and giving people reasons to support the arts. 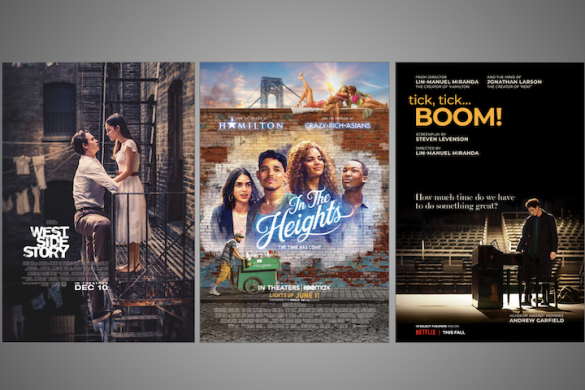