Top Posts
‘Company’ to Hit the Road on North American...
Meet the Full Cast of ‘Shucked,’ Coming to...
Full Cast for ‘Parade’ Announced
Stephen McKinley Henderson Gives the Performance of His...
The McKittrick Hotel Announces the Return of ‘The...
Broadway Stars Honored with Academy Award Nominations
Taylor Trensch, Danny Wolohan, and More Join the...
A Gay Road Trip Comes to The Brick...
Maude Apatow of ‘Euphoria’ is the Next Audrey...
Tony Award Winners to Star in ‘Hercules’ at...
Home Theater Buff Theater Buff: Eric Yang Is A Full-Time Coder By Day, Off-Broadway Lead by Night
Theater Buff 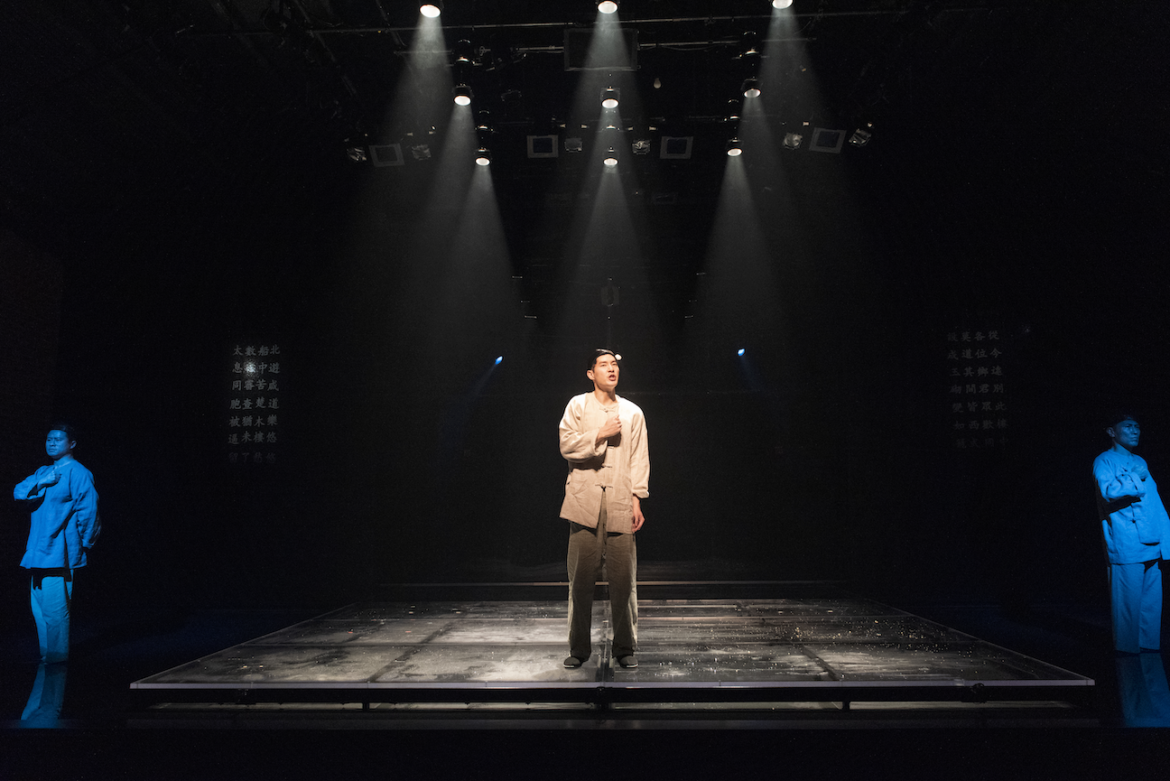 Heralded as “an impressive Off Broadway debut” by Alexis Soloski in The New York Times, Eric Yang’s turn as Moon Gyet in the Atlantic’s world premiere staging of The Far Country is a breakout moment for the young actor. But just a year ago, a serious pursuit of acting wasn’t even on Yang’s radar. And even now, he’s still holding on to that day job.

Lloyd Suh’s tense, powerful new work, which continues at the Linda Gross Theater through January 1, traces the ripple effects over generations following the Chinese Exclusion Act of 1882, which barred Chinese laborers from immigrating into the United States. In search of a better life, Moon Gyet poses as the son of a San Francisco laundry owner, but faces months of interrogation at Angel Island as immigration officers pick apart his carefully crafted backstory.

Yang studied economics and theater at Princeton, and had settled into corporate work post-graduation — until one big role changed his path. The Broadway Blog spoke with Yang about rediscovering acting, the resonance of Suh’s play, and Australian meat pies.

THE BROADWAY BLOG: Technically, your Off Broadway debut actually came earlier this year, in New Federal Theatre’s Gong Lum’s Legacy. How did landing that role change your life trajectory?

ERIC YANG: I studied acting in college, but I never thought it would be serious career. Then over the pandemic, I started doing some voice acting. It was a fun creative outlet for weird times, but it turned into a much bigger thing than I anticipated. I noticed a wave of more diverse stories being told, both on stage and on television, and I figured it was now or never.

Then I found an open call for Gong Lum’s Legacy, this very interesting story about a Chinese immigrant in the Mississippi Delta who falls for a Black woman. I ended up booking that play [by Charles L. White, staged off-Broadway by New Federal Theatre in April 2022]. That became the start of everything that followed.

I do still have a day job. I’ve gotta pay the bills. But it allowed me to think of acting as something a lot more serious. 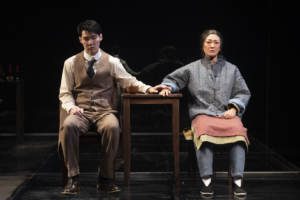 How did you land the role in Lloyd Suh’s The Far Country?

The first time I met Lloyd and Eric Ting, our director, was at the callback. I thought the whole thing went very smoothly. And then at the end, on my way out, I asked Lloyd: “This play is set in the south of China, so they probably only speak Cantonese there, but I notice all the character’s names are in Mandarin. Why is that?” And he said, “Oh, that’s actually a mistake – good catch.”

Afterwards I was like, “Oh no.” Does he think I’m questioning his work, or insulting him? But I’ve now learned that Lloyd and Eric are super, super humble and always open to collaboration. They brought on people to help us pronounce things authentically, and our dramaturg Christine Mok is very familiar with the subject matter as well. It was a very thoughtful process.

The play follows the ripple effects over many generations that stem from the Chinese Exclusion Act of 1882. It has been described as reclaiming an element of history that could easily be forgotten. What’s the importance of that reclamation, and how do you think this story resonates today?

A lot of people talked about it as a history lesson, and sometimes that’s used as a negative. But I think that’s a weird distinction, and it speaks to the progress we still need to make in this space. For Asian Americans and Chinese Americans who already know this story, it’s not so much a history lesson – it’s just a story, a story of people we can relate to, people who could have been our ancestors or our great-great-grandparents.

That being said, it is certainly important to raise awareness of this pocket of our past that very few people know about.

The story follows your character over many decades. What is it like to trace his journey over a long period of time?

The play isn’t just about one person so much as the reverberations that exclusion, isolation and sacrifice can have on different generations, and how that ripples down from parent to child. So yeah, you see a younger and older version of me, and the same for other characters.

Earlier on there’s a lot of idealism to [Moon Gyet]. He’s a smart and aware 15 year-old, but he still falls for the whole “Streets Paved With Gold” notion of America that was being sold to the immigrants of those times. Of course you’re going to need a ton of optimism, or a combination of optimism and desperation at your own situation, in order to take that three-week boat ride to unknown lands where you don’t speak the language, knowing you may never return home again.

Over the course of the play, he matures and reality hits him in different ways, and he has to adapt both his outlook and his life strategy. 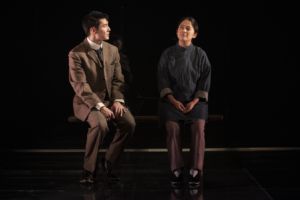 Let’s finish up with a few rapid-fire questions. What’s your favorite spot for a post-show bite or drink near the theater, and what do you order?

Me and Jinn [S. Kim, co-star in The Far Country] have been going to this Australian bakery a couple blocks away from the Atlantic, Bourke Street Bakery. We go every day we can to try and get these Australian meat pies, but they’re sold out every single time. Actually, maybe you shouldn’t publish the name of it, in case it adds to my competition. But I fell for their sausage rolls in the end, and those are quite good. That’s my favorite snack on a two-show day.

What is your workout secret? Or any sort of secret for sustaining through eight shows a week?

I feel like the energy it takes to do eight shows leaves very little for working out. I have not set foot in a gym since we started a run. But when I am able to be consistent, my secret is that I have a good friend who is in the gym eight days a week. So we all just rally around him.

What’s something that someone might be surprised to learn about you?

I went to an American School in Shanghai for many years. That tends to surprise people. Like ten years ago when I told people that, they’d be like, “Oh my god, but your English is so good!” There’s less of that these days, it’s been getting better.

If you had to live somewhere except New York City, where would it be?

I’d love to live in Hong Kong for a couple years. I spent a few weeks there. It’s a really fascinating city because it’s right by the water, but it’s very vertically inclined, architecture-wise, and it’s super international, people from all over come there. Or if not, then just LA or somewhere on the west coast, ‘cause I don’t know how many more of these winters I have in me.

I have to go back to something you mentioned before – you’ve continued working a full-time job during the run of The Far Country?

I had a much more intense job before the beginning of this year, which I left to do Gong Lum’s Legacy. I took a few months off work to feel out the actor’s life, but then rent came calling. So I found a job I really like, a coding job at a start-up. They’re actually very supportive – they gave me a sabbatical to rehearse for this play, and a bunch of them have come to see it. Now that we’re done with rehearsal, I work during the day, go to shows at night, play catch-up on the weekends. It’s a good situation. I really can’t complain.