Top Posts
‘Company’ to Hit the Road on North American...
Meet the Full Cast of ‘Shucked,’ Coming to...
Full Cast for ‘Parade’ Announced
Stephen McKinley Henderson Gives the Performance of His...
The McKittrick Hotel Announces the Return of ‘The...
Broadway Stars Honored with Academy Award Nominations
Taylor Trensch, Danny Wolohan, and More Join the...
A Gay Road Trip Comes to The Brick...
Maude Apatow of ‘Euphoria’ is the Next Audrey...
Tony Award Winners to Star in ‘Hercules’ at...
Home Theater Buff THEATER BUFF: Peter Nelson of “Cinderella”
Theater Buff

Every third Wednesday of the month, a fabulous actor/singer/dancer will fill out my nosey little questionnaire and offer a glimpse of what they look like from a bit closer than the mezzanine. For January, who says dancing in a Broadway show isn’t brain surgery? The best part of the show I’m in now is: The incredibly talented and kind cast/crew. Every person involved is working tirelessly to make the show a special piece, and I’m convinced it will show. Also the haunting musical score. I grew up on the Rodgers and Hammerstein movie musicals, and this one has some of my favorite tunes. It’s a dream come true to be in an original production of one of their works.

The most challenging job in show business I ever had was:  I’d say my current role in Cinderella is. In addition to Josh Rhodes’ smart and intensely athletic choreography, I’m on stilts for a portion of the show. Come and see, in my humble opinion it’s well worth the effort.

If I wasn’t an actor, I would be: A neurosurgeon. My undergrad degree was in neuroscience, and I anticipated a career in medicine my entire young life. I’m still passionate about health and wellness and see these interests playing some role my future. Testing stilts in rehearsal for “Cinderella”. Photo by Nick Spangler.

Places, Intermission or Curtain Call?  Curtain Call. For me, there’s great satisfaction in a final bow to the audience knowing I’ve given my best effort.

The best pre-show dinner and post-show cocktail in town are at: Schmackary’s. But if you somehow need more than dessert, E&E Grill is absolutely  delicious and the staff are delightful. I’m also a huge fan of Thai food, and my latest favorite is Viv Restaurant on 9th Avenue. After you’ve hit all the traditional sights of New York City, you should totally go to: That place you haven’t heard of. Some of the best “New York moments” I’ve had evolved in unexpected ways. One night celebrating a friend’s birthday, we started at Phoenix on the Lower East Side as planned. We ran into other friends there and somehow ended up in the basement of the Ella Lounge seeing a free show by Fiorious. The remainder of the evening was practically an out-of-body experience with brilliant live music and incredible back-up dancers in a venue that resembled the belly of the Cheshire cat. In my opinion, the best of New York is to discover the new stuff. Keep your eyes open for unique or one time events, and after you see your Broadway show get out of Times Square!

If I could live anywhere else in the world it would be: Other big cities on the coast, like Sydney or LA. I love urban culture and excitement, and I find the ocean to have a restorative power.

My workout “secret” is: If you eat more, exercise more. And if you’re looking to change something about your body (i.e. more muscle, less fat), don’t be afraid of the discomfort in measures of sweat and soreness. When I’m looking for a date, nothing attracts me more than: Self-possession: someone who takes honest ownership of their life and loves who they are without apology. And intelligence. A nice body and face don’t hurt, either. And holding a pizza and a fresh batch of cookies.

My favorite website to visit that you may not have heard of is: Cat Bounce. I don’t know why it makes me laugh every time. Also check out www.ted.com. The talks are amazing and an enriching way to complement 10-20 minutes of your time.

Board Shorts, Speedo or Skinny Dip? When my mom reads this, it’s board shorts (Hi, Mom!). Otherwise, the other two.

People would be surprised to learn that I: Am pretty decent at Nintendo games. Seriously, let’s play Mario Kart Wii right now.

Ten years from now I’d like to be: Happy and fulfilled, and prepared for the next adventures life brings.

When I was 10, I wanted to be just like: Stephen Hawking. I was a total brainiac as a kid and still place high premiums on education. But given current circumstances, I admit I also wanted to be Gene Kelly. I watched “Singing in the Rain” a million times as a kid.

My 2013 New Year’s Resolution is: To listen more intently. Others have important things to say if you pay attention. 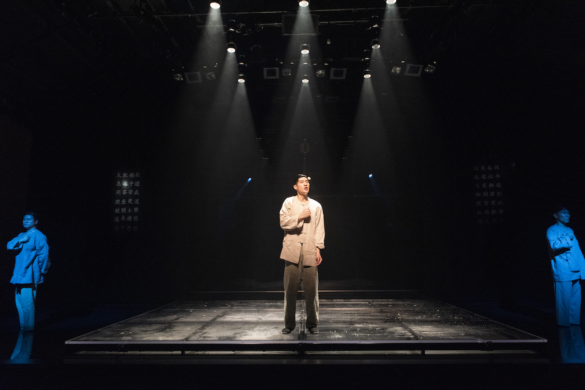