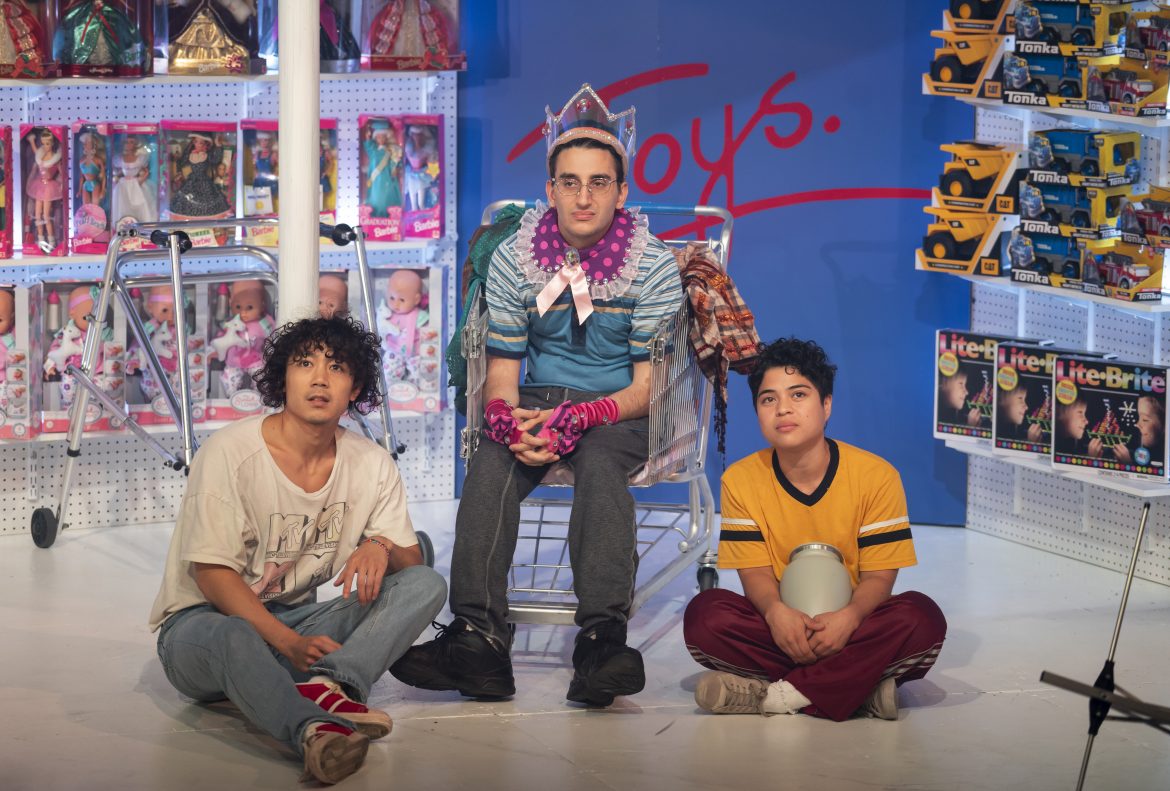 Ryan J. Haddad is everywhere these days. Best known for his solo show Hi, Are You Single? about a gay man named Ryan with cerebral palsy who’s looking for love – which just completed a successful run at Woolly Mammoth in Washington D.C. — Haddad is also an increasingly frequent star of the screen, appearing on Netflix’s The Politician and the upcoming FX drama Retreat as a series regular.

Right now, Haddad is back on the New York stage in Victor I. Cazares’s new play american (tele)visions, running off-Broadway at New York Theatre Workshop through October 16. The Broadway Blog spoke to Haddad about his journey with the play, his excitement at portraying a character not written as disabled, and his own future work.

How did you first get involved with american (tele)visions? Were you part of the play’s development process?

I was; I auditioned for a workshop two and a half years ago, and we did a reading just prior to the COVID shutdown. That was the very last in-person job I had before the world changed. They liked what I did and kept me around, and I did another workshop after that, and now we’re here with a production.

You play Jeremy, who is best friends with the play’s protagonist Erica and loves Barbie dolls. But you also appear as Miroslava, this fabulous diva who exists only in Jeremy’s imagined video game.

So I’m playing this little queer 13-year-old, who is channeling these women from long before his time, named after a Mexican movie star that he’s maybe never seen. It’s just fantastical amalgamation of joy and full embodiment of the queer diva that Jeremy is, but doesn’t always have permission to be in his real life. 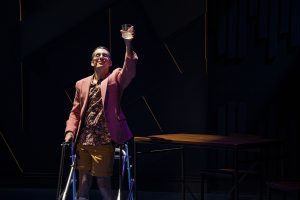 I mainly associate you with your own work, particularly you solo show Hi, Are You Single?, but lately you are popping up more and more on television. Did you feel like you had to announce yourself with your writing and performance in order to open those doors?

I’m still full-force doing my own work, that doesn’t ever pause – but my playwriting and performance work started in undergrad when a mentor, Tim Miller from California, said: “You don’t have to wait for people to give you parts.” Because even at a liberal arts college in Ohio, I was being passed over a lot. And I was frustrated.

So the writing was always a vehicle to showcase myself as a performer. But as I wrote more and more, the stories became so important to me, and I become passionate about what I could represent for myself as a gay disabled man that wasn’t coming to me in roles I was getting that were written for a disabled actor.

And then this part [as Jeremy] comes along! This part is so exciting to me because Jeremy wasn’t written to be disabled, and we didn’t add anything to the script to underline his disability. Because you don’t need to do that, you can just cast a disabled actor in a part that’s already written and not talk about it – but in the physicality of the part, it’s there, the representation is there, the walker is there, and the way other people interact with the walker and with me tells all the story that you need to tell. And I think that’s a really powerful lesson that I hope more theatermakers heed, because it’s liberating and thrilling.

What’s next for you?

I have play in New York early next year, Dark Disabled Stories, a co-production between The Bushwick Starr and The Public Theater. That is a darker, edgier collection of stories. Other disabled individuals will contribute personal stories to that show, and every performance will include audio description, captioning , and a deaf actor performing the role of Ryan in ASL alongside me. I’m excited to provide such radical access across the board instead of once or twice during a run, which is really the norm.

Let’s finish up with a few rapid-fire questions. What’s your favorite spot for a post-show drink, and what’s your usual order?

If you weren’t a writer/performer, what might you be instead?

A psychologist or psychotherapist, because I have a tendency to give people a lot of advice whether they want it or not.

Lastly, what is something people might be surprised to learn about you?

Seth Rudetsky named me “Broadway’s Biggest Fan” in the middle of Times Square when I was 15 years old.

Ten years from now, I would like to be…

Hopping between stage and screen, as I am currently. I would also like to have written for the screen, which I have not done yet. Maybe have dipped my toes into producing, which is a goal for the far future. And I’d also hope to no longer be single and experiencing what life and love is like with a life partner.