With Thanksgiving upon us, I thought you might be too distracted for our usual third Wednesday of the month “Theater Buff” profile. But not to worry, our man for November will be arriving next week.

To tide you over until then, we’re doing a little buff up — following up on some big news from some of our previous featured men — and giving you a sneak peek at our upcoming man of the month. I know…I’m such a tease. Matthew Wilkas, our May 2012 buff, is generating serious buzz. His movie Gayby has gotten rave reviews and now he’s been named one of Out Magazine’s OUT100. Check out his profile…among other things. Want more Matt? He joins his Spider-Man: Turn Off the Dark colleagues, including September 2012 Buff Reed Kelly, for a 2013-2014 Calendar featuring the men who suit up and slide into the tights as Broadway’s famous web slinger. It’s available for pre-sale now ($20) and all proceeds go to Broadway Cares/Equity Fights AIDS. And who is this handsome young man? He’s our November Buff, Matthew Steffens and I promise he’s like no other Buff you’ve ever Met. (Hint, hint.) Catch his full profile next Wednesday. Happy Thanksgiving!! 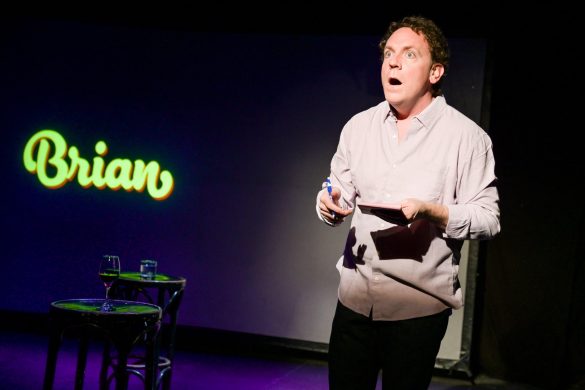