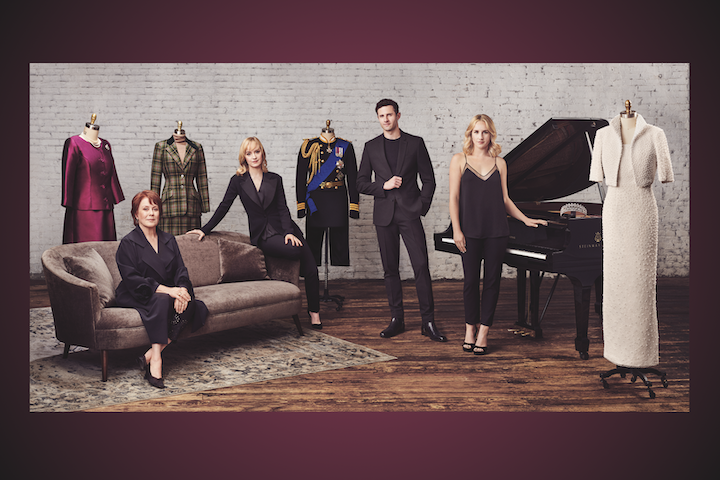 A lot happened in the theater community this week. Amid the growing concerns of the coronavirus pandemic, a few shows have opened under social distance guidelines. Here’s a look at the week’s top theater news:

Act 1: Let’s Go to Court
One of the industry’s most prominent advertising agencies locked horns with one of Broadway’s biggest producers. SpotCo is suing Scott Rudin (To Kill a Mockingbird, West Side Story, the forthcoming revival of The Music Man) for $6.3 million in owed payments. The parties have collaborated on eight of Rudin’s past productions, using an interesting business model in which, according to Broadway News, “Rudin and Scott Rudin Productions would traditionally accumulate outstanding invoices with SpotCo. Rudin and his production entities would then typically make partial payments on the outstanding invoices, while also requesting new services. Payment would eventually be made on closed productions.” The dispute pre-dates COVID-19 and began in September.

“The case has no merit and the defendants intend to contest it vigorously,” Jonathan Zavin, an attorney for Scott Rudin Productions, said in a statement to Broadway News.

Act 2: Let’s Go to the Science Lab
Sir Andrew Lloyd Webber (Cats, School of Rock, Evita) is so committed to assisting in the re-openings of theaters that he’s volunteered for the University of Oxford COVID-19 vaccine trial study.

Just completed the Oxford Covid-19 vaccine trial. I’ll do anything to get theatres large and small open again and actors and musicians back to work. – ALW #SaveOurStages @nivassoc pic.twitter.com/pIcYZJPLps

Act 3: Let’s Go to the Berkshires
Berkshire Theater Group in Pittsfield, Massachusetts, has successfully opened a revival of Godspell, and critics are melting with praise.

“This Godspell isn’t just better than nothing,” wrote critic Ben Brantley for The New York Times, “And it’s as deeply affecting as it is not despite, but because of, its well-worn material. In reimagining a string of biblical life lessons and folkified hymns and gospel songs for the age of the coronavirus, [director] Mr. Filderman and company are speaking to contemporary fears bred by isolation and inaction.”

Act 4: Let’s Go the Couch and Watch Netflix
Have you exhausted everything on Broadway on Demand and BroadwayHD? Have no fear, a new Broadway show is coming to a streaming device near year. An innovative partnership between the producers of Diana and Netflix will enable theater fans to watch the musical on TV before the rescheduled May 2021 opening.

In a joint statement, the Diana producers said, “We speak for the entire company when we say that we couldn’t be more excited to finally be able to share our show with theater lovers everywhere. Though there is no substitute for the live theater, we are honored to be a part of the quality entertainment that Netflix provides its subscribers worldwide.”

Diana, directed by Christopher Ashley, will be filmed without an audience on the stage of the Longacre Theatre and will feature the original Broadway cast including Jeanna de Waal as Diana, Roe Hartrampf as Prince Charles, Erin Davie as “Camilla Parker Bowles,” and two-time Tony Award winner Judy Kaye as “Queen Elizabeth.” The producers have worked closely with Actor’s Equity Association on all protocols.

Act 5: Let’s Go to Brooklyn
Brooklyn-based ensemble theater company The Team co-produces Quince (August 21-22), written and created by Camilo Quiroz-Vazquez and directed and created by Ellpetha Tsivicos. The immersive theatrical experience invites audiences to enter a not-so-traditional quinceañera featuring the story of Cynthia, a 14-year-old Mexican American girl confronting her queer identity on the eve of her special day.

Performances will be at the People’s Garden in Bushwick, Brooklyn, and follow COVID-19 safety precautions and protocols.