Top Posts
‘Company’ to Hit the Road on North American...
Meet the Full Cast of ‘Shucked,’ Coming to...
Full Cast for ‘Parade’ Announced
Stephen McKinley Henderson Gives the Performance of His...
The McKittrick Hotel Announces the Return of ‘The...
Broadway Stars Honored with Academy Award Nominations
Taylor Trensch, Danny Wolohan, and More Join the...
A Gay Road Trip Comes to The Brick...
Maude Apatow of ‘Euphoria’ is the Next Audrey...
Tony Award Winners to Star in ‘Hercules’ at...
Home Buzz ‘Thoughts of a Colored Man’ Opens on Broadway
BuzzReviews 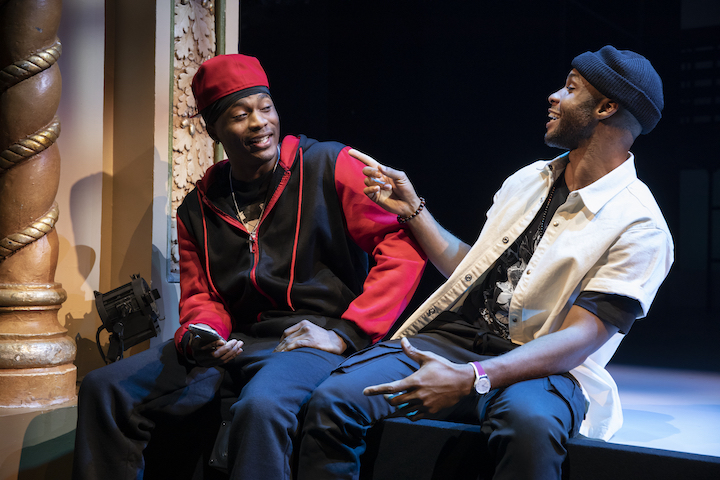 (l to r) Da’Vinchi and Dyllón Burnside in ‘Thoughts of a Colored Man.’ (Photo: Julieta Cervantes)

Thoughts of a Colored Man opened Wednesday, October 13, on Broadway, making history as the first Broadway show to be written, directed by, starring, and lead produced by Black artists. While the show has garnered mostly mixed reviews, critic Ayanna Prescod tweeted that “Not a single Black man was commissioned to review a Broadway play about his own thoughts? Please tell me I’m missing it during my exhaustive search on the web. The other reviews in my previous thread are beautiful and thought provoking, but, not a single one?”

Critics of color did weigh in on this new play, written by Keenan Scott II and directed by Steve Broadnax III. For Variety, Naveen Kumar wrote, “Scott’s poetic distillations gleam with insights and vulnerabilities of heart and mind.” Maya Phillips for The New York Times said, “Incorporating slam poetry, prose and songs performed by its cast of seven, [the play] aspires to be a lyrical reckoning with Black life in America but only delivers a gussied-up string of straw-man lessons.” 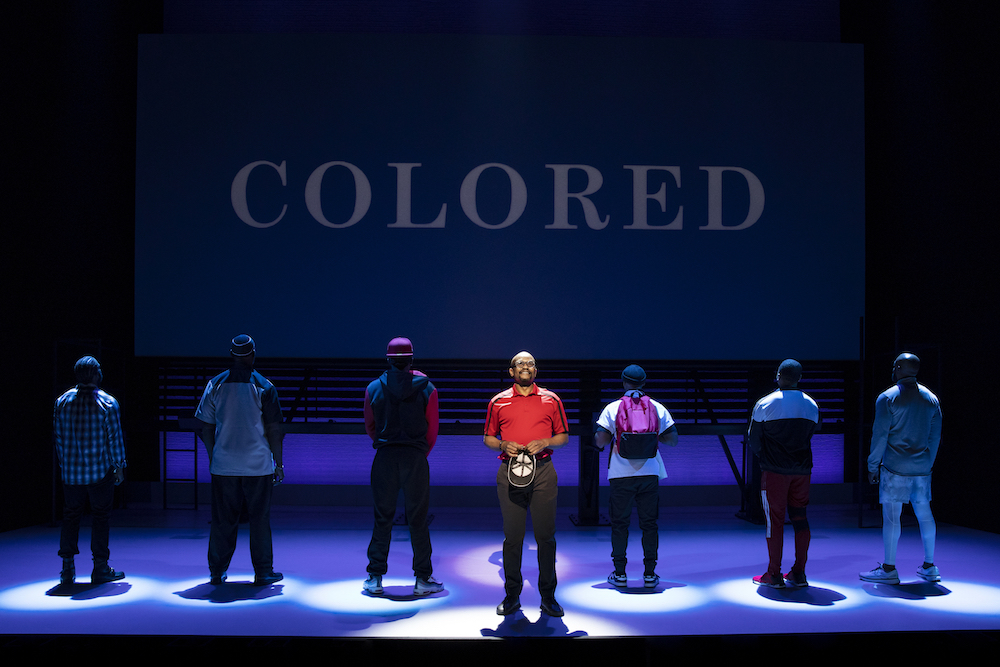 In The Hollywood Reporter, Lovia Gyarkye called the work “entertaining but emotionally inert. Parts feel flat despite the emphatic performances. The conversations between the men rely on generalizations about how Black men are seen and treated in America without offering detailed enough backstories to prevent them from feeling stale. And the number of issues Scott tries to tackle doesn’t help the cause. The play might have felt less rushed had he focused on fewer protagonists.”

As the sun rises on a single day in the pulsing heart of Brooklyn, seven Black men are about to discover the extraordinary – together.  Thoughts of a Colored Man blends spoken word, slam poetry, rhythm, and humor into a daringly universal new play. Welcome to the vibrant inner life of being Black, proud, and thriving in the 21st century.