Breathtaking. You know what it means (I mean, it’s kind of right there in all its Germanic word combining glory) but how often does it actually happen? When was the last time something made you forget to take in air and then grapple for it in an awed gasp, so surprised or moved or delighted that your body reacts involuntarily?

During this last week at the theater in New York, three performers actually took my breath away–and for that I am more thankful than for any turkey and stuffing (though that turned out pretty good, too…my gravy, not so much.) All three honest-to-goodness gasps were caused by whisper-thin, barely perceptible transitions, almost as fleeting as the limited-engagement runs of the shows they reside in. So, if you want to catch these moments for yourself, hurry up and see:

Nina Arianda in Venus in Fur: In this deliciously sexy play, a young, seemingly inept actress auditioning for an S&M-tinged period piece surprises the director (and the audience) by slipping into the “role” with uncanny ease. Similarly, Arianda handles the transitions between these two characters with hairpin-turn precision, but at first the transformations are played for their exuberant comedic potential–in full view and with a sense of showmanship. We watch the “actress” as she flips a switch. But a few moments later in the play, she walks toward a support pole in the room as the auditioner, passes around it, talking the whole time, coming back into view a blink later as the “role”, a new woman completely. Now, she doesn’t seem to be acting; to paraphrase a Meryl Streep quote, her soul seems to have shifted. Simple, unshowy and yet transfixing, this transition feels magical and a portent of darker, more mysterious forces at work.

Jefferson Mays in Blood and Gifts: In this engrossing, twisty spy drama about America’s efforts to fight the Cold War in Afghanistan during the 1980’s, Mays plays an overburdened British operative and sidekick of sorts to an American agent. He is exasperated, bedraggled, often drunk and gets some of the best laugh lines in the show. But in one moment, Mays steps away from the action and faces the audience directly. He begins to shudder. It grows, rising from somewhere deep inside, literally vibrating as if his very molecules are about to fly apart. Is it his need for a drink? Is it the angry realization that he is no longer part of the political game, a formerly respected player who has been roughly sidelined? Or is it that he can see into the future, can see the debacles in store but, like Cassandra, will not be heard? Mays wordlessly reveals that this man whom everyone, including the audience, has underestimated, is absolutely, heartbreakingly aware of his place in the world.

Mandy Patinkin in An Evening with Patti LuPone and Mandy Patinkin: In this unusual concert filled with unexpected musical choices and playful experimentation from the two performers, there are many moments that highlight the unique power of musical theater–but one literally changed the air in the theater. In an excerpt from South Pacific, LuPone and Patinkin weave their way through the intricate dialogue and sung flirtation of two people surprised to be falling for each other. Patinkin, still speaking, looks at LuPone with a deep intimacy and imperceptibly transitions into song with “Some Enchanted Evening”. If ever there was a perfect example of the old maxim that songs (in well-written musicals) come when the characters can no longer contain their emotion in speech, this is it. And, while Patinkin sings with delicacy and restraint, he transports the whole audience upward on his sweeping sigh of melody. (Don’t forget, you still have until Wednesday to qualify for two free tickets to see Patti and Mandy! Simply “like” the Broadway Blog on facebook.) 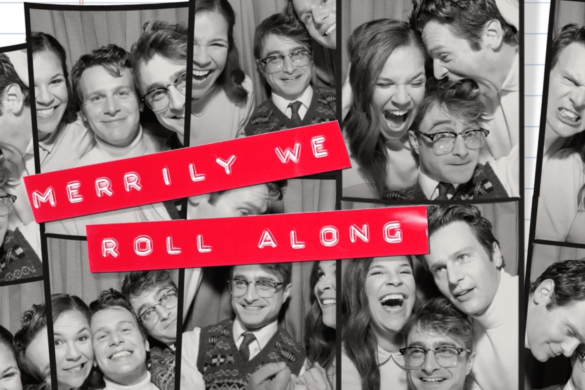