Top Posts
Imelda Staunton Will Lead ‘Hello, Dolly!’ in West...
‘Bridgerton’ Star Jonathan Bailey Will Play Fiyero in...
Review: ‘Stranger Sings! The Parody Musical’ Is Still...
Performances Have Begun for ‘The Piano Lesson’
‘Monet’s Garden, The Immersive Experience’ Comes to NYC...
‘The Phantom of the Opera’ Will Close on...
Watch: Little Amal Arrives at JFK, Beginning 17...
Lillias White Takes the Stage as Hermes in...
‘The Music Man’ Sets Broadway Closing Date
‘Heathers: The Musical’ Releases First Clip Ahead of...
Home Beyond Broadway Three Off-Broadway Shows to See This Fall
Beyond Broadway 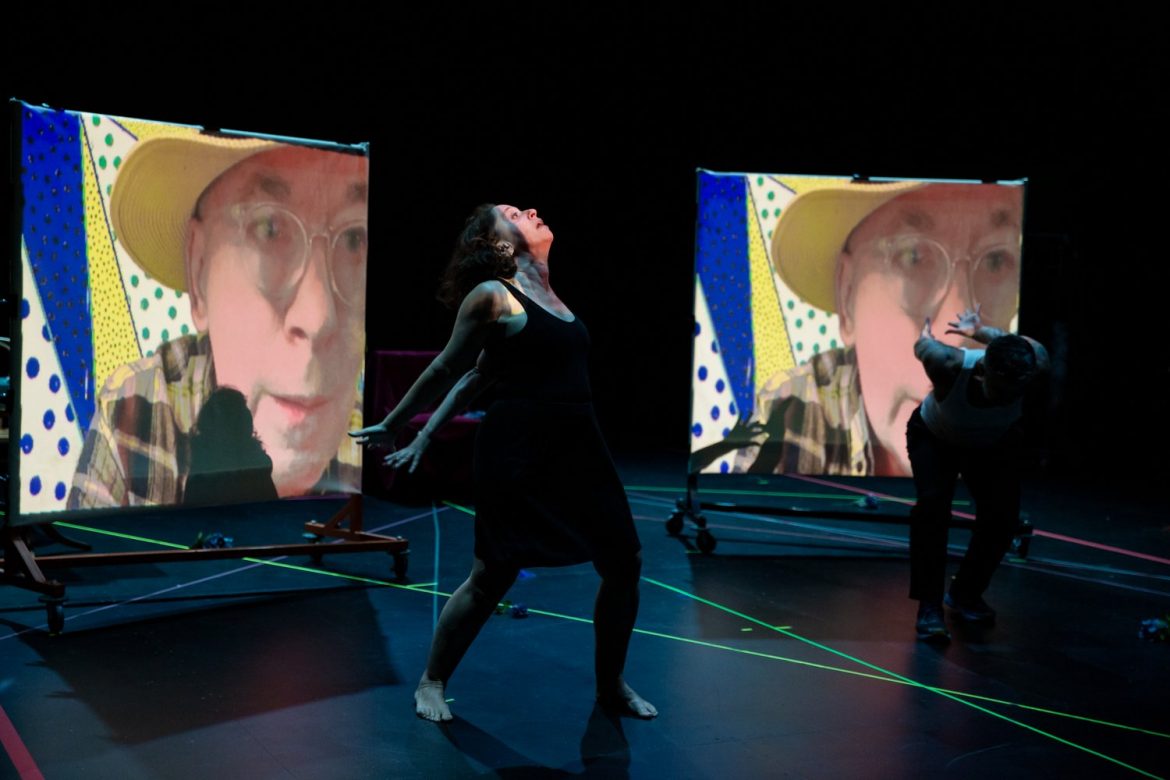 A still from the trailer of “Immense Joy,” Anna Kohler’s new work coming to The Tank in September.

Off-Broadway often has some of the city’s most audacious work, featuring new plays and musicals that may transfer to Broadway, win Pulitzer Prizes, and make the regional circuit in theaters across the country. As another theater season revs up,  here’s a snapshot of just three such intriguing and bold works that are worth adding to your theatergoing schedule:

The Bushwick Starr and The Chocolate Factory Theater team up to present The Institute of Useless Activity’s This and That, a new piece that imagines the creation of the universe. Video equipment comes to life by the cranking of tripod knobs, zooming in and out, maneuvering visual feedback loops, dissolving images together and apart, creating an abstract video puppetry before our eyes. No pre-recorded video, no tricks. This and That is about people – their romantic sense of longing, loss, alienation and near miss… a cowboy sleeps under the stars, a family puts their child to sleep for the night, a crooner serenades his lover, a jazz pianist fantasizes while he plays. Hand shadow vignettes, inspired by Henry Moore sculptures, morph from one scene to another.

The Obie Award-winning Midtown venue The Tank always has a keen eye for new experimental works, and this upcoming show very much fits in that vein. Downtown luminary and The Wooster Group collaborator Anna Kohler devises this new work, weaving a multifaceted narrative fabric out of images, sounds, text, and expressive movement, commenting on the nature of creativity, interpersonal relationships, and the human condition in the world obsessed by materialistic values.

Will Arbery was named a Pulitzer Prize finalist for his haunting world premiere at Playwrights Horizons, Heroes of the Fourth Turning; now, the Texas writer brings another eerie play about climate change, salt truck drivers, and the machines that replace us to the New Group — fall performance dates are still TBD, but priority member tickets go on sale September 13.