Top Posts
‘Company’ to Hit the Road on North American...
Meet the Full Cast of ‘Shucked,’ Coming to...
Full Cast for ‘Parade’ Announced
Stephen McKinley Henderson Gives the Performance of His...
The McKittrick Hotel Announces the Return of ‘The...
Broadway Stars Honored with Academy Award Nominations
Taylor Trensch, Danny Wolohan, and More Join the...
A Gay Road Trip Comes to The Brick...
Maude Apatow of ‘Euphoria’ is the Next Audrey...
Tony Award Winners to Star in ‘Hercules’ at...
Home Hot Ticket Three Shows to Catch in Washington, DC this Summer
Hot Ticket 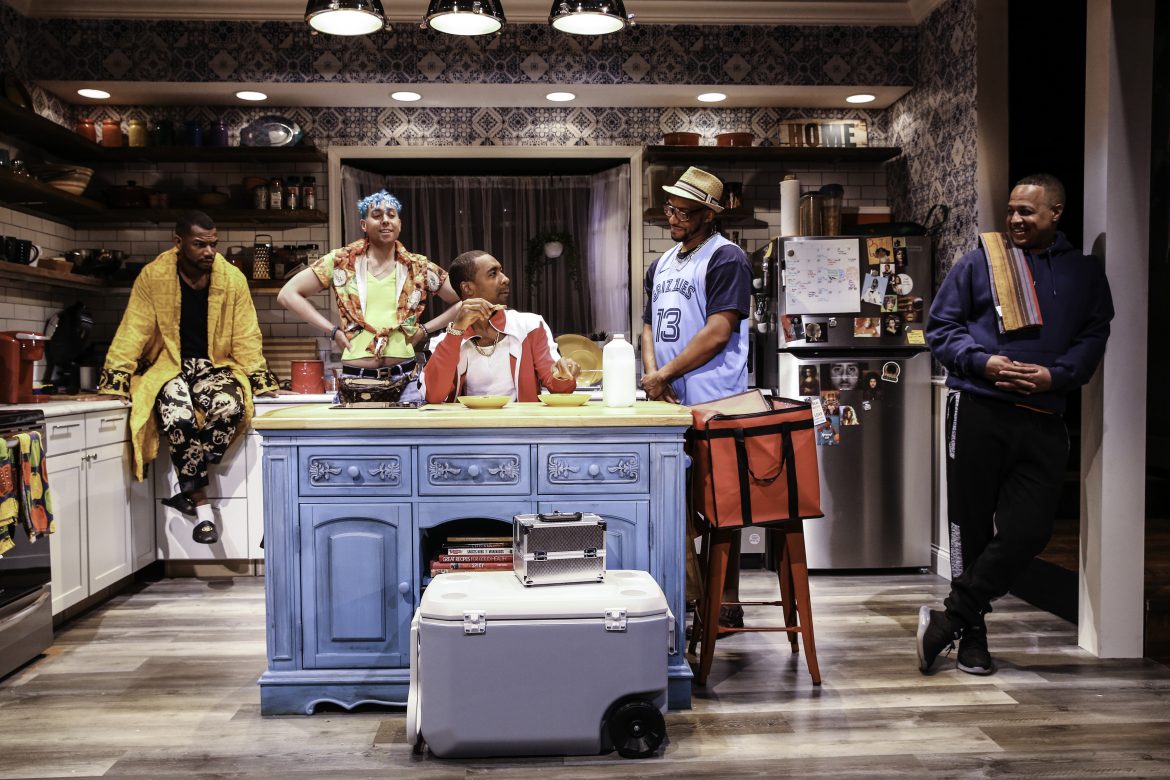 If you are looking for a summer getaway this summer that offers great theater, Washington, DC just may be the spot for you. In addition to being a very gay-friendly, foodie, and park-rich city, our nation’s capital also offers theatergoers much to see and love. The highly-anticipated musical 1776 offers a unique look at our nation’s founding and comes to Broadway this fall after his acclaimed run at ART in Cambridge, and many new shows — including Tony Award winner A Strange Loop — play out of town in DC before transferring to Broadway. So make your way toward the Potomac; you may just catch the next big thing. Here, The Broadway Blog shares three exciting plays to see while in Washington this summer.

The Hot Wing King at Studio Theatre, playing now through August 7
Katori Hall’s acclaimed, LGBTQ+ play makes its DC debut at the Studio Theatre, which champions new works.  Hall received the 2021 Pulitzer Prize for Drama for her play, the citation describing it as “a funny, deeply felt consideration of Black masculinity and how it is perceived, filtered through the experiences of a loving gay couple and their extended family as they prepare for a culinary competition.”

American Prophet at Arena Sate, playing now through August 28
Charles Randolph-Wright (Broadway’s Motown the Musical) returns to Arena Stage with a groundbreaking musical powered by Frederick Douglass’ own speeches and writings. Coupled with soaring new melodies and an original script from Grammy Award-winning songwriter Marcus Hummon and Randolph-Wright, Douglass rises as a fierce abolitionist and distinguished orator. Filled with an electrifying new score, this world premiere celebrates the revolutionary legacy of one of history’s first freedom fighters, whose fire is needed now more than ever.

The Revolution Will be Improvised at the Kennedy Center,playing now through July 31
Chicago’s The Second City returns to the Kennedy Center with an alert: the revolution will be improvised! The masters of wit are back to snap audiences out of their endless doomscrolling and binge-watching with this brand-new, totally original comedy show that lampoons our new normal—including the return to the office, the hidden heroes of American history, and our 24/7 news cycle. For everyone who’s felt isolated or powerless lately, Second City is here to remind you that it’s not too late (or too soon) to have the last laugh!