Top Posts
‘Company’ to Hit the Road on North American...
Meet the Full Cast of ‘Shucked,’ Coming to...
Full Cast for ‘Parade’ Announced
Stephen McKinley Henderson Gives the Performance of His...
The McKittrick Hotel Announces the Return of ‘The...
Broadway Stars Honored with Academy Award Nominations
Taylor Trensch, Danny Wolohan, and More Join the...
A Gay Road Trip Comes to The Brick...
Maude Apatow of ‘Euphoria’ is the Next Audrey...
Tony Award Winners to Star in ‘Hercules’ at...
Home Buzz Three to See: January
Buzz

The curtain rises on a new year of theatrical invention! What can we expect in 2016? … Plenty of drama. Here are our three picks for January. Buckle in, it’s going to be a bumpy ride! Richard II
This year marks the 400th anniversary of William Shakespeare’s death, and who better to commemorate one of the world’s most notable playwrights than The Royal Shakespeare Company? The company has presented KING AND COUNTRY: Shakespeare’s Great Cycle of Kings — a complete season cycle featuring Richard II, Henry IV Parts I & II, and Henry V in repertoire, but Richard II stands alone January 7-10 with David Tennant in the title role. If you can’t jump the pond this weekend, mark your calendar for March 24 through May 1, when the production arrives at the Brooklyn Academy of Music.

Maurice Hines Tappin’ Thru Life
The temperature has finally dropped in New York City but things are heating up at New World Stages, where Maurice Hines showcases his legendary tap dancing and pays tribute to his brother, Gregory, and the performers who inspired him. Hines first appeared on Broadway in 1954 in the short-lived The Girl in the Pink Tights. Along for the ride are his protégés, The Manzari Brothers, and The Diva Jazz Orchestra, an all-female big band. The cast of ‘Noises Off’ (photo: Jenny Anderson via The Broadway Blog.)

Noises Off
This hilarious backstage farce returns to Broadway for its third incarnation. The original 1983 production starred Victor Garber and Dorothy Louden. It was revived in 2001 and earned Katie Finneran a Tony Award for Best Featured Actress in a Play. The Roundabout tackles this latest incarnation with the hilarious Andrea Martin, Megan Hilty, Rob McClure, and Campbell Scott, among the cast. Hopefully the laugh-fest will endure. 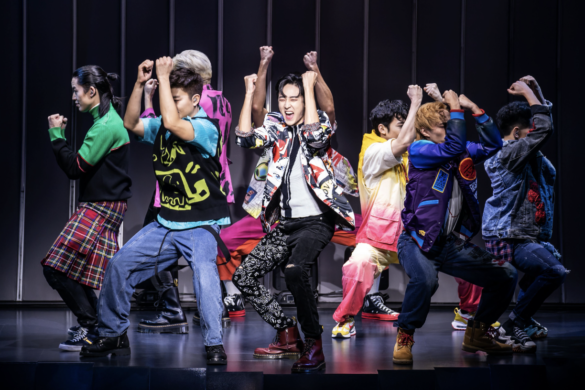 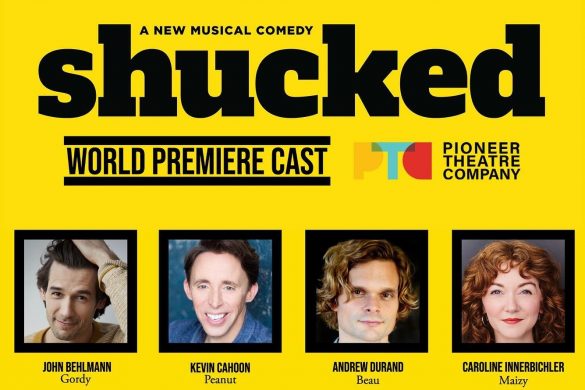