Top Posts
‘Company’ to Hit the Road on North American...
Meet the Full Cast of ‘Shucked,’ Coming to...
Full Cast for ‘Parade’ Announced
Stephen McKinley Henderson Gives the Performance of His...
The McKittrick Hotel Announces the Return of ‘The...
Broadway Stars Honored with Academy Award Nominations
Taylor Trensch, Danny Wolohan, and More Join the...
A Gay Road Trip Comes to The Brick...
Maude Apatow of ‘Euphoria’ is the Next Audrey...
Tony Award Winners to Star in ‘Hercules’ at...
Home Buzz Tim Rice Teases that ‘Chess’ May Come to Broadway
Buzz 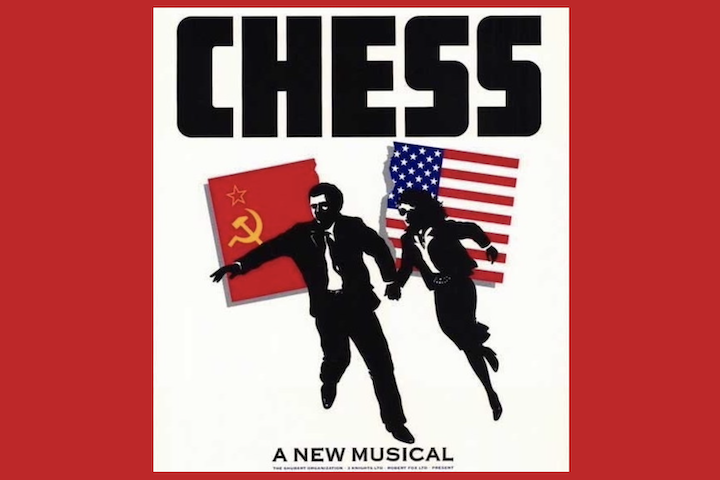 Make your move: Tim Rice — the musical theater lyricist so legendary he was knighted by Queen Elizabeth II in 1994 — teased on his podcast that Chess may be coming to Broadway. “We plan to come back to Broadway,” said the Tony-winning lyricist, adding, “one day fairly soon. A team is in place.” The exciting statement was shared on a recent episode of Rice’s podcast, Get Onto My Cloud: The Tim Rice Podcast.

Chess was created by a team of superstars, with Rice penning the lyrics alongside Björn Ulvaeus, who also wrote the music with Benny Andersson. Anderson and Ulvaeus are famed as members of (and musicians for) the international pop group ABBA. Tony Award winner Richard Nelson wrote the show’s libretto.

The unique musical involves a politically driven, Cold War-era chess tournament between two grandmasters, one American and the other Soviet, and their fight over a woman who manages one and falls in love with the other. The original Broadway production had a short run in 1988 but garnered a cult following; recently, a new staging played at the Kennedy Center in 2018.

The musical has gone through various iterations and edits over the years. The London premiere debuted in the West End in 1986 and garnered three Olivier nominations: Best New Musical and two nominations for its leads, Elaine Paige and Tommy Körberg. The production then moved to Broadway with a new cast. The original Broadway production only received two Tony Award nominations (for two of its three leads, Judy Kuhn and David Carroll). Still, the album became a musical theater mainstay and its songs — including “Nobody’s Side,” “Someone Else’s Story,” “Heaven Help My Heart,” and “Anthem” — were highly popularized.

Perhaps the show’s highest-profile production was the recorded two-performance concert version of Chess which featured the London Philharmonic Orchestra at the Royal Albert Hall. The cast included Adam Pascal, Idina Menzel, Josh Groban, and Kerry Ellis. Now, theater lovers will have to speculate who will play the roles in a hopeful Broadway revival.