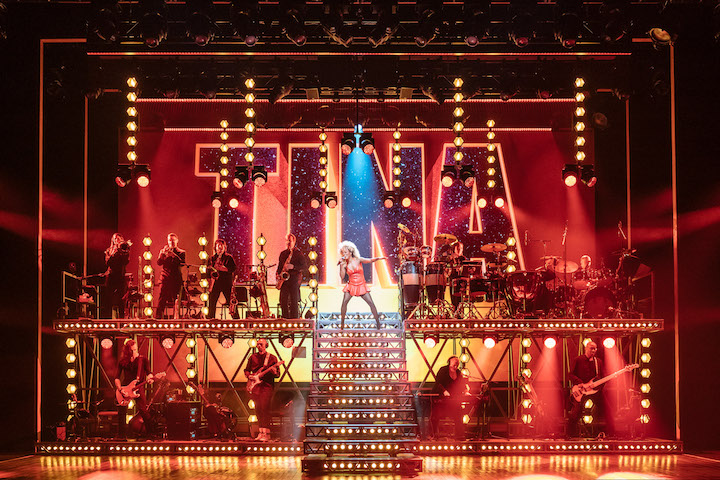 Move over, Carole King, Donna Summer and Cher. Tina: The Tina Turner Musical has taken up residence as the latest bio-musical to draw inspiration from an artist’s hard road to success. While the flashy $16.5 million undertaking still suffers from the same structural potholes as its predecessors, Tina is “(simply) the best” of the jukebox musicals that have recently migrated to Broadway.

Turner’s life is familiar to most through her 1986 memoir and its 1993 film adaptation, What’s Love Got to Do with It. From Nutbush, Tennessee, to St. Louis to world stages, young Anna-Mae Bullock’s talent musical talent emerged early. It was in St. Louis that rising musician Ike Turner met the talented girl (she was 16 at the time). He would change her name as the duo’s success emerged, as did his violent and unpredictable behavior. She eventually broke free from his physical and emotional abuse, but not without a cost, scraping by to make ends meet and relaunch her career. It would take more than five years before Tina would secure another record deal. 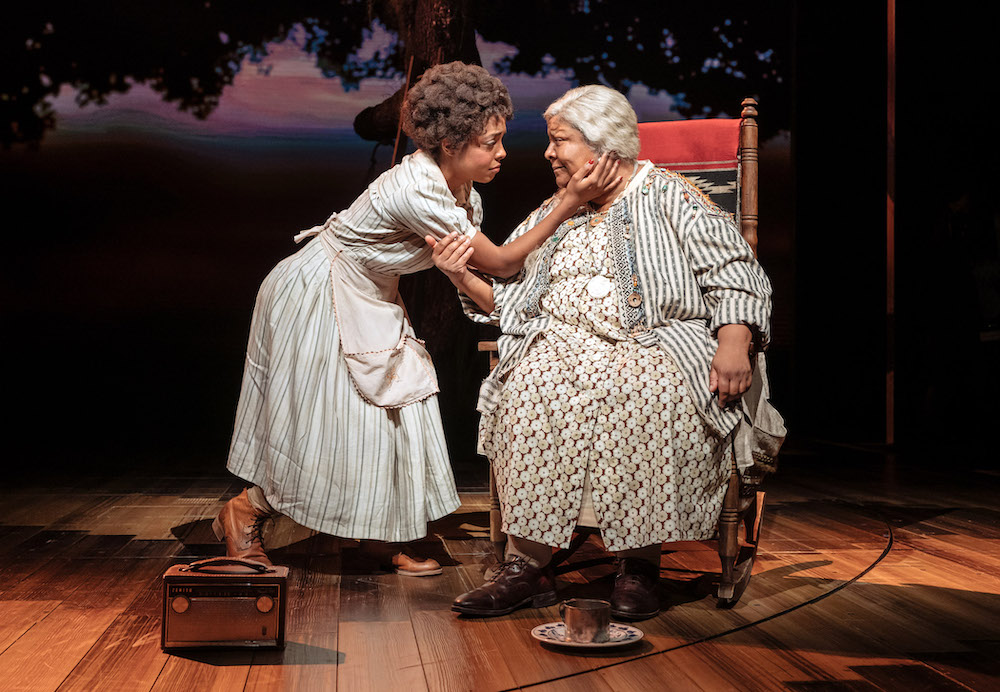 Characters float in and out of Tina’s life as her story unfolds, including her cold-shouldered mother, Zelma (Dawnn Lewis), Ike (Daniel J. Watts), and her Gran Georgeanna (Myra Lucretia Taylor). But none shine as bright as Adrienne Warren’s Tina. Reprising the role that earned her an Olivier nomination for her West End performance, Warren is nothing short of electric. Like Jessie Mueller’s Carole King and Stephanie J. Block’s Cher, Warren digs deep to wrap herself around Turner’s heartbreaking journey and triumphant comeback. 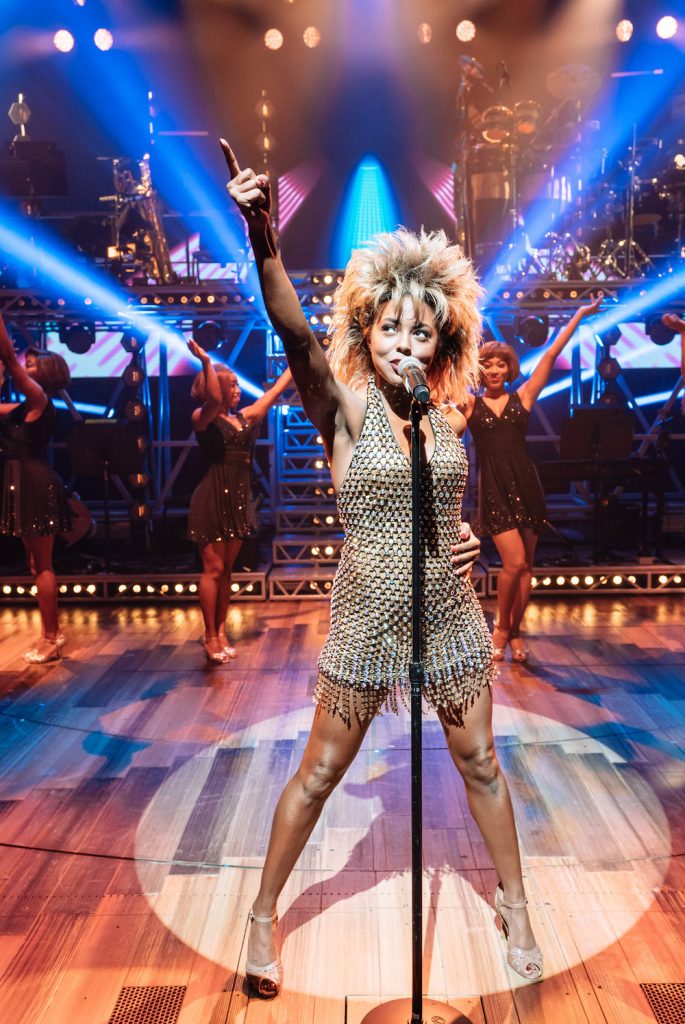 Warren’s voice captures the original’s signature raspy rattle and stratospheric reach, with a magnetism that makes one wonder why the world wasn’t ready for Tina Turner’s solo career sooner. But Katori Hall’s (with Frank Ketelaar and Kees Prins) book clearly spells it out. A cycle of abuse compounded by an era of discrimination that we’re still collectively crawling from kept Tina in the shadows. Even after a knock-out showcase for Capitol Records, a suit tells her new manager Roger Davies, “there’s no way Capitol was ever gonna give this old nigger broad a deal.”

Tina, ever resilient, eventually released Private Dancer, and the album re-energized the singer’s career for the next 20 years. But her past hovered. As the musical reaches its expected conclusion (a post-curtain call, high-octane mini-concert where Warren unleashes even more vocal power), Tina confronts her mother on her deathbed.

“Why is it that you think I don’t deserve any credit at all? Even now. Today. With everything I’ve accomplished. This question that’s been haunting me day in and day out—Why? Why my Muah never love me?” Tina asks.

“You’ve no idea…how much I love you, but fire is hard to hold,” her mother responds. “Fire is hard to embrace at night. Fire illuminates your own flaws.”

The songbook, masterfully arranged by Nicholas Skilbeck, is fervent but functions best when featured in the context of the concert performances within the show. Less successful are its attempts to further the narrative, such as Tina and her pre-Ike romance Raymond (Gerald Caesar) singing “Let’s Stay Together” or Tina and Ike’s duet “Be Tender With Me Baby” as the couple swirls in the cycle of domestic violence.

Does Tina break new ground in musical theater storytelling? No. Did Tina Turner’s decades-long career dare to defy industry expectations? Absolutely. And in the hands of Adrienne Warren, that’s more than enough to take you on a palpitating journey from river deep to mountain high.