Top Posts
‘Company’ to Hit the Road on North American...
Meet the Full Cast of ‘Shucked,’ Coming to...
Full Cast for ‘Parade’ Announced
Stephen McKinley Henderson Gives the Performance of His...
The McKittrick Hotel Announces the Return of ‘The...
Broadway Stars Honored with Academy Award Nominations
Taylor Trensch, Danny Wolohan, and More Join the...
A Gay Road Trip Comes to The Brick...
Maude Apatow of ‘Euphoria’ is the Next Audrey...
Tony Award Winners to Star in ‘Hercules’ at...
Home Beyond Broadway West End’s ‘Tina’ Aisha Jawando on Returning to the Hit Musical and ‘The Shows Must Go On!’
Beyond Broadway 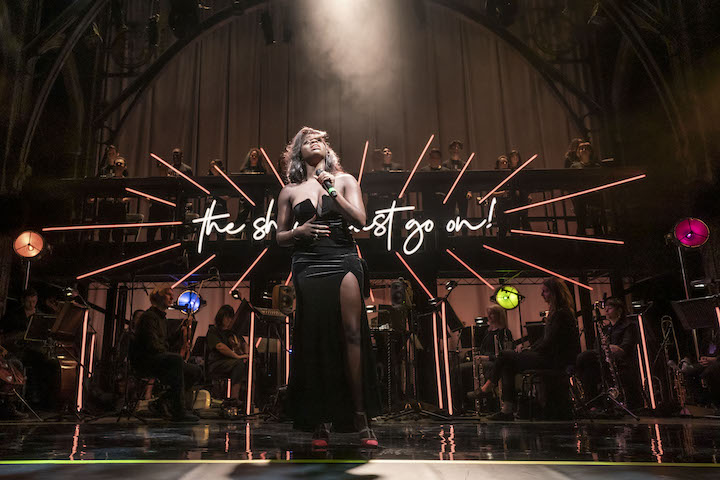 Aisha Jawando in ‘The Show Must Go Own! Live at the Palace Theatre’ (Photo: Johan Persson)

On Sunday, June 6, a battalion of West End stars came together to perform in The Shows Must Go On! Live at the Palace Theatre, a free streaming concert that offered both audiences and artists a unique experience. Audiences witnessed a trove of West End performers from varying shows perform at the same time, and artists had the refreshing opportunity to perform live — and to perform alongside their theater peers they normally wouldn’t get to see and support when shows are up and running simultaneously.

Aisha Jawando, who began her run in Tina as the title character’s sister Alline and has risen to play the musical’s leading lady, performed on Sunday night, singing Tina’s classic “We Don’t Need Another Hero.” Here, Jawando discusses that performance and the strength and resilience required to return to such a demanding musical.

The concert streams for free on YouTube through Sunday, June 13. 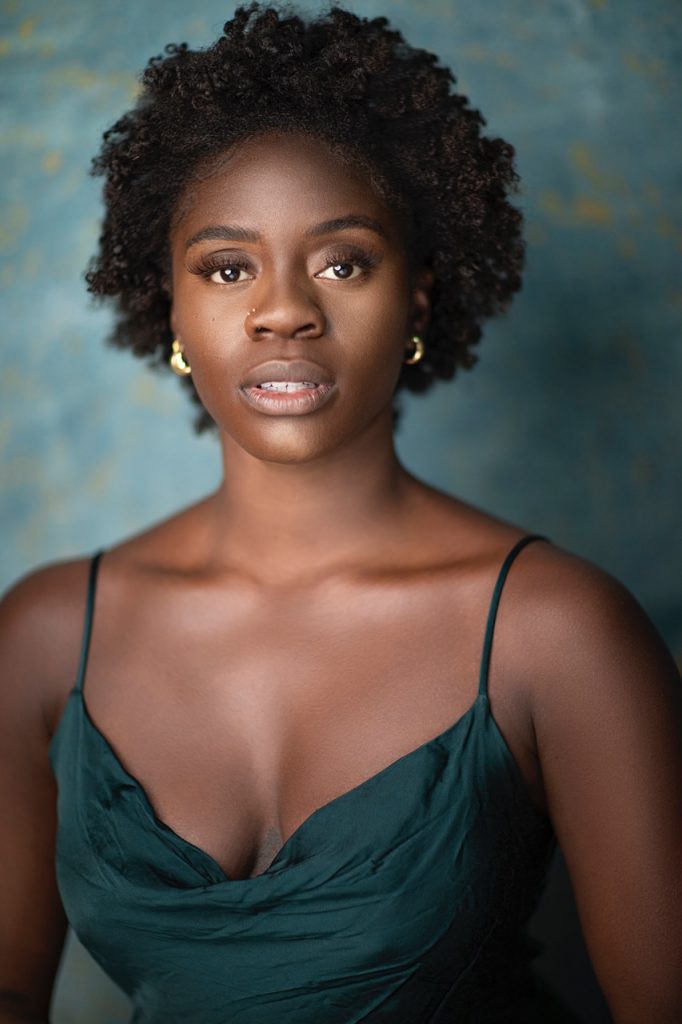 The Broadway Blog: Hi Aisha! Thanks for taking the time. To start off, how are you doing? Itching to get back to the theater, I’m sure — how are people feeling over at the West End?

Aisha Jawando: Thank you for having me, and I’m doing alright. Thank you for asking. I am looking forward to getting back to work; I’m also looking forward to getting the care and guidance that is needed for coming back to such a vigorous job. I’m not entirely sure how people are feeling about coming back. Of course, it will be nice to have some regularity. But I also do know that coming back may seem a little daunting, myself included, having been out of the game for over a year.

How have you been prepping for the return — does it feel like hopping back on a bike, or is the process much more involved?
I guess you equate it to that, but the prep for this show is more like getting on a bike in Central London dodging buses, speeding cars, and making sure you’re in the right lane after living in peace and quiet in the middle of nowhere breathing all the fresh air.

That makes sense! It’s such a physical piece. You performed live in The Show Must Go On! Besides doing what you love, does it feel special to be in a shared space with so many West End stars?
It’s lovely to see performances from so many shows that I’ve not had the chance to have seen.  Viewers can expect to be blown away by all of the performances!

You’ve been with this West End musical for a while, staring out as Tina’s sister and now graduating to the title role. Looking back, what has this wild journey been like?
I’ve broken my foot. Lost my voice. Experienced anxiety… I think that’s pretty wild enough.

What changes do you hope to see in the West End and theater community at large when live theater resumes?
I want to see diversity in every sense of the word.

Absolutely. Anything else you’d like to add?
Thank you for having me!