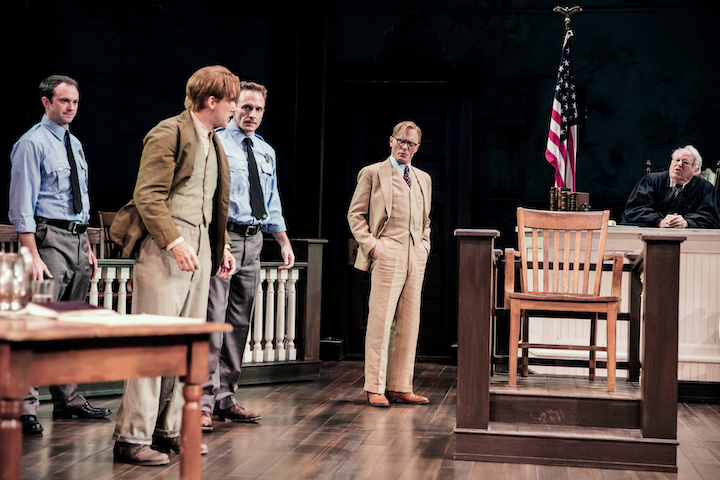 All rise! In a heartwarming two-minute video, the To Kill a Mockingbird team celebrates Broadway’s return. Jeff Daniels, who originated the leading role of Southern lawyer Atticus Finch, provides the moving voiceover for this video. “This is what you came for,” the three-time Tony-nominated actor said. “The moment the house lights went down, and you and a thousand strangers felt the same chill.”

The video shows members of the original company (including Tony Award winner Celia Keenan-Bolger) warming up, putting on costumes, and taking the stage. Throughout, the video refreshingly spotlights the work of the backstage crew, a behind-the-scenes team not often seen in promotional videos. They call places, give actors their fifteen-minute call, and call cues, creating a smooth product for audiences to enjoy.

To Kill a Mockingbird joins several other productions returning to Broadway this fall; its performances resume October 5. As with all other Broadway venues, the Shubert Theatre requires masks and vaccinations for all attendees. The play, which opened December 13, 2018, ran for a year and a few months before being shut down due to COVID. To Kill a Mockingbird was nominated for nine Tony Awards, winning one for Keenan-Bolger, who played Scout and won her first Tony for that iconic role. Bartlett Sher directs the play, which was given a fresh script by Aaron Sorkin.

Inspired by author Harper Lee’s own childhood in Alabama, To Kill a Mockingbird features one of literature’s towering symbols of integrity and righteousness in the character of Atticus Finch, based on Lee’s own father. The character of Scout, based on Lee herself, has come to define youthful innocence — and its inevitable loss — for generation after generation of readers worldwide. The show runs two and a half hours, including one intermission and is recommended for ages 12 and up.