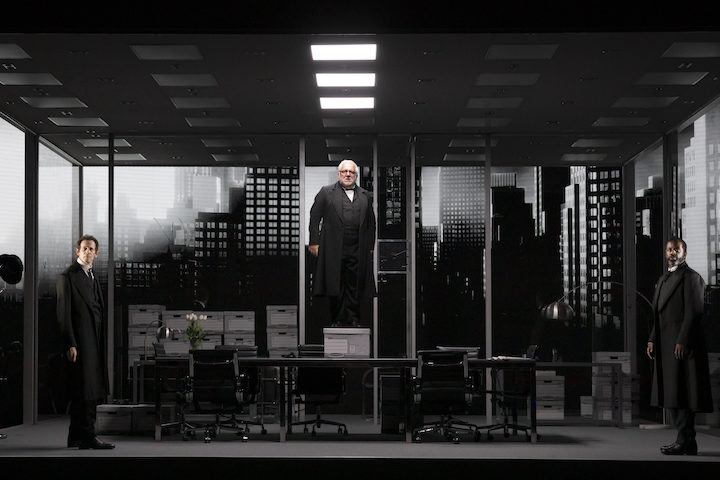 The Tony Award nominations finally arrived this Monday, celebrating a packed Broadway 2021-22 season filled with a diverse range of shows.

The biggest winner was new musical A Strange Loop, Michael R. Jackson’s daring and kaleidoscopic look at a Black queer man confronting his demons, which raked in 11 total nominations including Best Musical. One strong indicator of nominators’ love for the show: they made room for two of its six ensemble players, the ‘Thoughts.’ John-Andrew Morrison was recognized for Actor in A Featured Role in a Musical, while L Morgan Lee made history as the first openly trans Tony nominated performer, nominated for Actress In A Featured Role.

The picture was mixed for other new musicals. Period epic Paradise Square and bio-musical MJ both overcame mixed critical receptions, achieving a solid 10 nominations each. SIX, Mr. Saturday Night and Girl From the North Country had similarly solid showings. But Mrs. Doubtfire was mostly ignored, landing just a single nomination for Lead Actor.

The poorly reviewed Beanie Feldstein-led revival of Funny Girl also managed only one nomination, a Featured Actor nod for Jared Grimes, and was shut out of Best Revival. The news was better for The Music Man, which landed six nominations total; Caroline, or Change, which managed three despite closing in January; and Company, at nine total nominations–though that revival’s divisive lead performer, Katrina Lenk, was left out.

The Lehman Trilogy led the pack among new plays, raking in eight nominations. Astonishingly, all three of the play’s lead actors–Simon Russell Beale, Adrian Lester and Adam Godley–were recognized, suggesting a broad love among nominators for this production. Clyde’s, Hangmen and Skeleton Crew also had solid showings, while POTUS managed two acting nominations but was left out of Best Play, and The Minutes managed a Best Play nod but otherwise went unrecognized.

Finally, among the play revivals, it was theater legends over the celebs. A hot ticket Daniel Craig-led Macbeth revival was mostly shunned, landing three nominations, with restagings of works by Alice Childress, Thornton Wilder and Ntozake Shang instead leading the pack. A starry revival of Richard Greenberg’s Take Me Out did also find love, including three nominations in Best Featured Actor in a Play.