Top Posts
‘Company’ to Hit the Road on North American...
Meet the Full Cast of ‘Shucked,’ Coming to...
Full Cast for ‘Parade’ Announced
Stephen McKinley Henderson Gives the Performance of His...
The McKittrick Hotel Announces the Return of ‘The...
Broadway Stars Honored with Academy Award Nominations
Taylor Trensch, Danny Wolohan, and More Join the...
A Gay Road Trip Comes to The Brick...
Maude Apatow of ‘Euphoria’ is the Next Audrey...
Tony Award Winners to Star in ‘Hercules’ at...
Home Buzz Tony Awards Recap: Let’s Get Kinky!
Buzz High heels and high theatrics seemed to be a theme for this year’s Tony Awards, which bestowed six awards on Kinky Boots and four for the revival of Pippin and the same number for Matilda The Musical. Neil Patrick Harris brought down the house with an electric opening number (featuring Mike Tyson) and “rapped” it up in a perfect bow for a finale that featured Audra McDonald.

Equally as entertaining was the mid-show riff featuring celebrated theater actors whose TV shows were recently cancelled. The all-star casualty list included Megan Hilty, Andrew Rannells and Laura Benanti. What fell awkwardly flat were the introductions and award presentations by actors in costume — and character — from currently running shows. It was especially painful to watch those standing around who didn’t have any lines to deliver. The award speeches ran the gamut from Cyndi Lauper’s heartfelt ode to a lifetime appreciation of Broadway to Cecily Tyson’s… deliberate… final… ode… to… a… life… in… the… theater. And then there was Tom Hanks’ speech — oh, wait. He didn’t win.

Here’s the official winner’s list. But as so many of those making speeches indicated, it’s all about celebrating the community and artistry of live theater.

Best Revival of a Musical – Pippin

Best Performance by an Actress in a Leading Role in a Musical – Patina Miller, Pippin

Best Performance by an Actress in a Leading Role in a Play – Cicely Tyson, The Trip to Bountiful

Best Performance by an Actor in a Leading Role in a Play – Tracy Letts, Who’s Afraid of Virginia Woolf?

Best Performance by an Actor in a Leading Role in a Musical – Billy Porter, Kinky Boots

Best Revival of a Play – Who’s Afraid of Virginia Woolf?

Best Play – Vanya and Sonia and Masha and Spike

Best Performance by an Actress in a Featured Role in a Musical – Andrea Martin, Pippin

Best Book of a Musical – Dennis Kelly, Matilda The Musical

Best Performance by an Actor in a Featured Role in a Musical – Gabriel Ebert, Matilda The Musical

Best Sound Design of a Play – Leon Rothenberg, The Nance

Best Performance by an Actress in a Featured Role in a Play – Judith Light, The Assembled Parties

Best Costume Design of a Play – Anne Roth, The Nance

Best Performance by an Actor in a Featured Role in a Play – Courtney B. Vance, Lucky Guy

The four actresses who created the title role of Matilda The Musical on Broadway – Sophia Gennusa, Oona Laurence, Bailey Ryon and Milly Shapiro

The Tony Awards are presented by The Broadway League and The American Theater Wing.

We asked the Broadway Blog’s Facebook fans which acceptance speech was most inspiring – congratulations, Patina Miller! (We want to know – who is going to write you a Tina Turner musical? Look at those arms!) 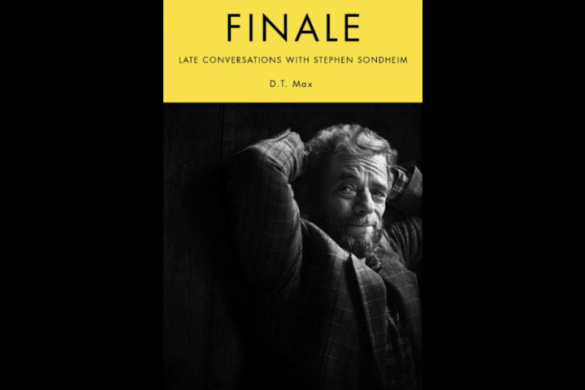