Top Posts
‘Company’ to Hit the Road on North American...
Meet the Full Cast of ‘Shucked,’ Coming to...
Full Cast for ‘Parade’ Announced
Stephen McKinley Henderson Gives the Performance of His...
The McKittrick Hotel Announces the Return of ‘The...
Broadway Stars Honored with Academy Award Nominations
Taylor Trensch, Danny Wolohan, and More Join the...
A Gay Road Trip Comes to The Brick...
Maude Apatow of ‘Euphoria’ is the Next Audrey...
Tony Award Winners to Star in ‘Hercules’ at...
Home Buzz Tony-Winning Producer Ron Simons on ‘for colored girls…’ Surprising But Deserved Extension
Buzz 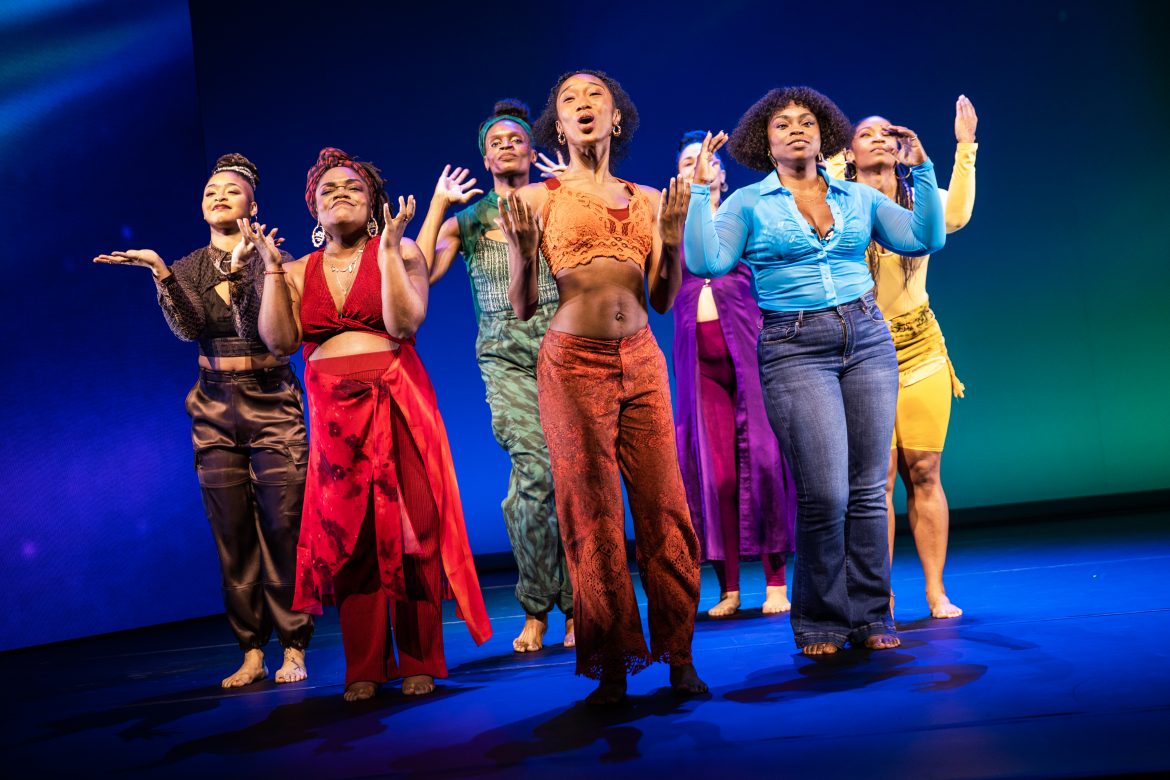 Photo of the cast of ‘for colored girls…’ by Marc J. Franklin

Broadway has been on a bit of an up and down ride this season, but one play showed it had more fuel in the tank than audiences may have first thought. Ntozake Shange’s groundbreaking choreopoem for colored girls who have / considered suicide when the rainbow is enuf was slated to close on Broadway last month, but then a few things happened: theater enthusiast Ayanna Prescod helped source money to get people to see this acclaimed revival, news poured in about the grassroots effort to extend the show’s life, and then the play was nominated for a whopping seven Tony Awards, including ones for Best Revival of a Play and two for Camille A. Brown, for her direction and choreography.

All the while, producer Ron Simons, a four-time Tony Award winner and current nominee, has been cheering the play on. Here, the Broadway legend chats with the Blog about the wonderful surprise that was the love the show received in its final hours. Now, the revival plays through Sunday only, so go catch it Booth Theatre!

The Broadway Blog: I heard about the grassroots effort on Twitter via Ayanna Prescod; I donated some ticket money and loved seeing the effort unfold. Was this something you at all expected?
Ron Simons: TOTALLY took us by surprise! We were thrilled by how quickly the momentum built and people from coast to coast came aboard! It felt really good to have the community come out like it did to support our little show. We were all humbled by the outpouring.

How did you feel Tonys morning? It must have been amazing.
Well after my three glasses of champagne I felt great! I’m kidding, I just had coffee, but it felt wonderful!! This is only the second show that I lead produced, so it was very special and gratifying to see my peers recognize our work so.

Have you noticed a new energy in the audience or with the cast these past few weeks?
I feel like the audiences get more and more responsive as the run continues on. Surely the actors continue to grow and find new things in their character so there’s that.

What lessons or advice would you share with aspiring producers, especially in light of how the last series of events have unfolded?
Make sure you have a war chest of a couple hundreds of thousand in your back pocket or an angel investor in the wings. Know that we work as hard as we can, but things will happen in their own time.

Anything else you’d like to add?
Try to remember to have fun!