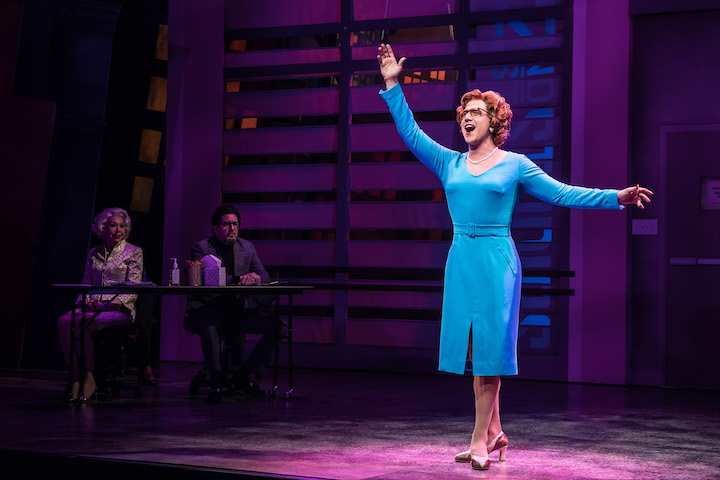 Konstantin Stanislavski, the famous Russian playwright, actor and director, once wrote, “Love art in yourself, and not yourself in art.” Easier said than done when the varied influences of commercial theater often emphasize product over process. Sometimes, a dress and a pair of heels are just what a hot-headed, straight white actor needs to channel that narcissism into the role of a lifetime. Just don’t call him Tootsie.

Movie buffs will be familiar with the source material for Tootsie. The 1982 film starred Dustin Hoffman as an out-of-work actor who disguises himself as a woman to land a role on a soap opera. But this is Broadway, folks, so the modern version of Michael Dorsey/Dorothy Michaels’ (Santino Fontana) transformation has him auditioning for the role of the Nurse in Juliet’s Curse, a musical sequel to Romeo and Juliet — a part that his ex-girlfriend Sandy (an adorably quirky Sarah Stiles) also wants. Michael as Dorothy commands the audition, wooing producer Rita Marshall (Julie Halston) and the director who fired him from his last gig (a devilishly funny Reg Rogers).

Moving at a brisk pace thanks to sharp direction by Scott Ellis, Dorothy takes charge of the show and sweeps the leading lady (Lilli Cooper) off of her feet. But as Dorothy’s fame rises, so does Michael’s guilt.

“At a time when women are literally clutching their power back from between the legs of men, you have the audacity to take a job away from one by perpetrating one?” asks his roommate (a slovenly yet cuddly Andy Grotelueschen). As a matter of fact, he does.

If the thunderous laughter heard at the performance I saw is any indication, Tootsie — for the most part — strikes a delicate balance of pushing the envelope and political correctness. This is high comedy at its best, and it’s easy to get swept away by David Rockwell’s Big Apple skyline and a parade of exquisite costumes by the ever-inventive William Ivey Long.

But the great irony in this funniest-musical-of-the-season-that-should-have-been-a-play is David Yazbek’s forgettable score. The overture, echoing the pulsating undercurrent Jeff Richmond used so effectively for seven seasons of the hit TV series 30 Rock, is a false start. You’ll quickly forget the difference between the lackluster melodies of Juliet’s Curse and the real-life musical at the Marquis Theatre. 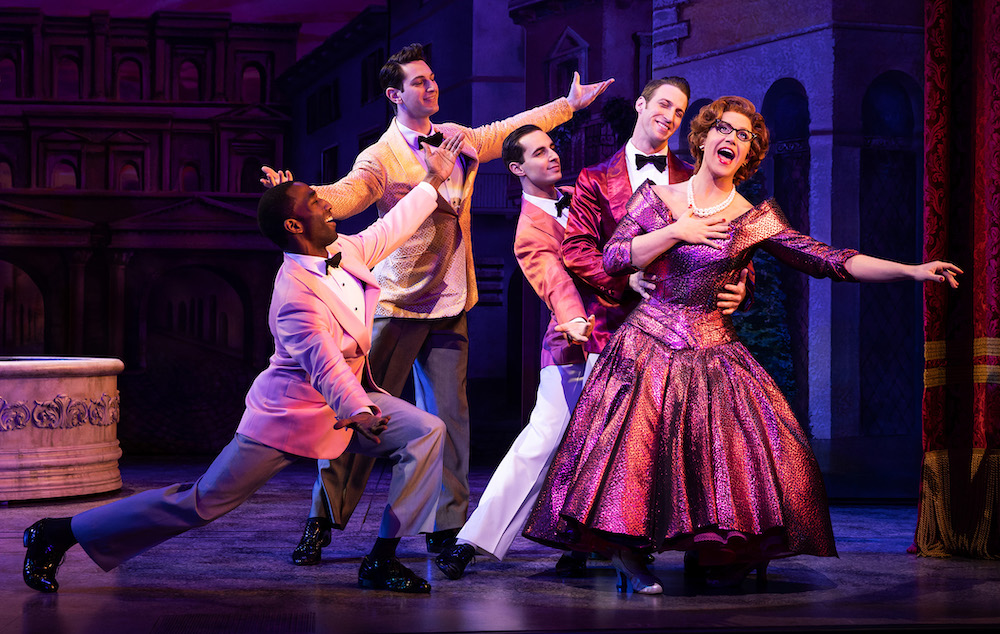 Simon Hale’s orchestrations and David Chase’s dance arrangements don’t do Yazbeck any favors, with most numbers (even Stiles’ endearing “What’s Gonna Happen” patter song) dragging on a verse too long. With little climactic build, Denis Jones’ (Honeymoon in Vegas) choreography has nowhere to go. Big production numbers desperately need some Casey Nicholaw flair that audiences have come to appreciate in shows such as Book of Mormon, Mean Girls and The Prom.

Even so, Robert Horn’s book is the real gem in Dorothy Michael’s brooch, transforming Tootsie from middling to marvelously funny. We quickly forget that the masquerading actor doesn’t really make Juliet’s Curse any better than it was. He simply makes it more about him. Fontana finds nuance in the mayhem thanks in good part to Grotelueschen’s deadpan humor and Cooper’s modern and unapologetic take on the leading lady.

The guy-as-a-gal doesn’t get the girl but does learn a valuable lesson about his perceived entitlement. “I always grabbed what I wanted and assume I deserved it,” says Michael. “But it was different for Dorothy… [she] knew something else I didn’t; being a woman is no job for a man.”

Ironically (talented as they are), the creative team (composer, book writer, director, choreographer, scenic designer, costume designer, lighting designer, and sound designer) is all white men. As am I. And while I think Tootsie strikes a chord that entertains and also culturally resonates, does it crack society’s glass ceiling? Let’s ask someone in Dorothy’s shoes.