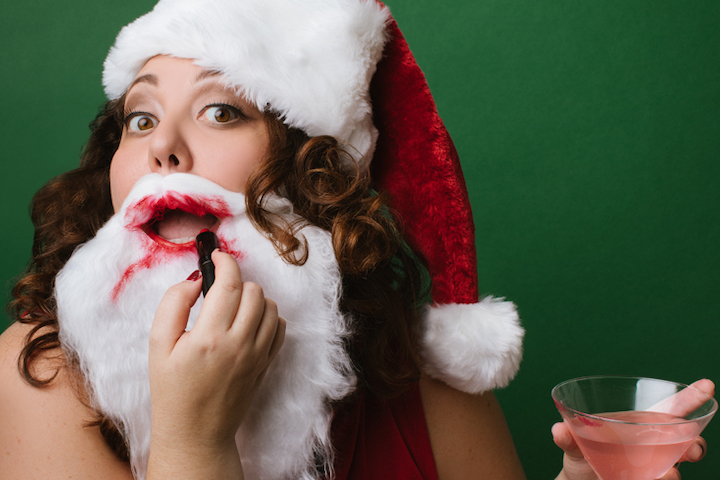 Tori Scott, ‘Vodka is the Reason for the Season.’ (Photo courtesy of Tori Scott)

Cabaret singer and sharp-witted comedian Tori Scott made her South Florida debut this month at Fort Lauderdale’s Broward Center for the Performing Arts. There’s a long-running joke that South Florida is New York City’s sixth borough, and it certainly felt like the New York snowbirds were out to welcome one of their own. This show has something for everyone — holiday tunes, pop songs, family drama, sharp wit and the vodka to wash it down.

A simple stage furnished with a baby grand, microphone and stool (along with a side of vodka) is all Scott needed to captivate the crowd. We knew we were in for a treat when Tori made her entrance and happily announced, “This is a Christmas show. And this show is certainly not for children!”

“Thank God!” replied a row of enthusiastic fans, and we were off and rolling. She even gave a call out to her “Wilton Manors” people. They were there and more than happy to be recognized. Scott gave a sarcastic wink and nod to the hustle and bustle of Times Square as she introduced, “It’s the Most Wonderful Time of the Year,” made famous by Andy Williams but now delivered with Scott’s signature stamp.

Cell phones were out in full force, with the artist encouraging audience members to take photos and videos (without flash, of course) and tag her social media account @itstoriscott, proving that self-promotion is part of the new normal, even if it ruffled some feathers of some attendees.

Had a great time at the @browardcenter last night with @jessetkissel on piano! Thanks to everyone who came out! Today I’m staying in bed in preparation for tomorrow night’s show at @joespub !! See you there!! #cabaret #comedy #vodka #toriontour

“I’m desperate for her approval,” admitted Scott before launching into a fabulous rendition of Taylor Swift’s “Bad Blood.” We’re all laughing along with her acknowledgment of our shared experience with our own family’s tween mean girls. Don’t most of us know that teenage girl we’re still trying to please? 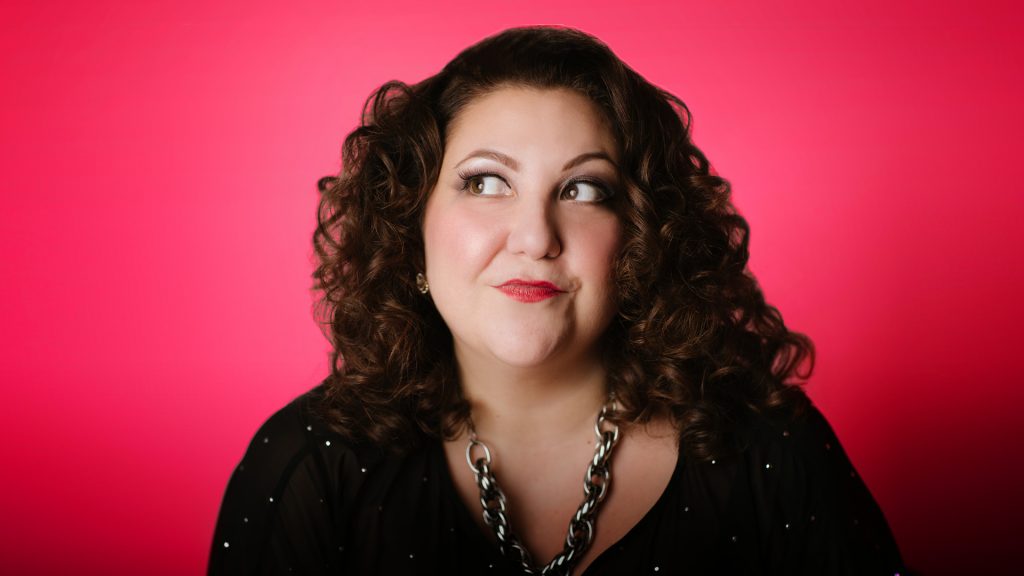 As a native Texan, one of Tori’s favorite holiday movies was The Best Little Whorehouse in Texas. The story about her Barbie whorehouse and GI Joe capped with Miss Saigon’s “The Movie in My Mind” was hilarious. Sadly, Tori only had four Jewish friends in Texas (including Barbara Streisand and Bette Midler) but loved the movie Yentl and a particularly hot, sexy 30-year-old Mandy Patinkin. “Mmm– dead sexy,” mumbled the man sitting next to me, fortifying my belief that this was absolutely a transplanted audience from New York City’s Joe’s Pub.

Tori continued to recount holiday stories from her youth: The fancy holiday dinner at Red Lobster, the beauty of a candlelit “Silent Night” service on Christmas Eve. I am sure we all share some of those sentimental holiday memories. Equally playful, another highlight was Scott’s rendition of “Jingle Bells,” where she expertly shook the black fringe on her dress to the melody and breathlessly exclaimed, “I bought this dress just so I could do THAT!” There aren’t many people who can then vamp from candle wax to Willem Dafoe to Madonna’s “Like a Prayer” into Jesus Christ Superstar.

Scott’s encore, “Have Yourself a Merry Little Christmas,” concluded a wonderful night of musical theater, fun takes on pop hits and terrific storytelling. If it’s any indication of what Broward Center has planned for the New Year, it’s going to be a good one.

Kelli O’Hara, January 3, 2020
Most recently on Broadway in Kiss Me, Kate, O’Hara won a Tony Award for the revival of The King and I.

All performances will be held at Broward Center’s Parker Playhouse. Season subscriptions range from $96-$303 per person. Click here for details.

Tracy Antol is a freelance writer, sales consultant and theater lover. When not working or sleeping she can be found binge-watching RuPaul’s Drag Race.