Top Posts
‘Company’ to Hit the Road on North American...
Meet the Full Cast of ‘Shucked,’ Coming to...
Full Cast for ‘Parade’ Announced
Stephen McKinley Henderson Gives the Performance of His...
The McKittrick Hotel Announces the Return of ‘The...
Broadway Stars Honored with Academy Award Nominations
Taylor Trensch, Danny Wolohan, and More Join the...
A Gay Road Trip Comes to The Brick...
Maude Apatow of ‘Euphoria’ is the Next Audrey...
Tony Award Winners to Star in ‘Hercules’ at...
Home Beyond Broadway First Look: Transport Group’s ‘The Unsinkable Molly Brown’
Beyond BroadwayHot Ticket 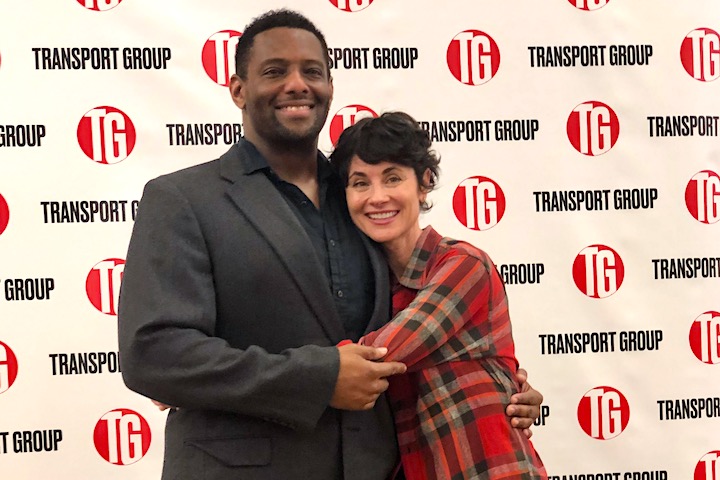 She survived the sinking of the Titanic, and now the tough-as-nails Margaret Brown is being brought to the surface in Transport Group’s revival-revision of the bio-musical, The Unsinkable Molly Brown.

Rarely produced — mostly because of its dated book — the musical featuring music and lyrics by Meredith Wilson (The Music Man) and book by Richard Morris ran for a respectable 532 performances at The Winter Garden Theatre. (Coincidentally, a starry revival of The Music Man with Hugh Jackman and Sutton Foster will play that theatre later this year). Tammy Grimes won a Tony Award for her performance in the title role. Debbie Reynolds played her in the 1964 film adaptation. Beth Malone (Fun Home) steps into the role for Transport Group’s production, but little is left (three lines, to be exact) of Morris’s book. Enter Kathleen Marshall and Dick Scanlan, along with a bounty of new material from the Meredith Wilson songbook to bolster this Brown for a new generation.

Scanlan had worked with Morris on Thoroughly Modern Millie, the latter joking that “when we’re done fixing Millie, we’ve gotta fix Molly” because he had never been wholly satisfied with the libretto. Morris passed away in 1996, so that partnership never came to fruition, but after several inquiries from Morris’s estate and Music Theatre International, Scanlan eventually decided to revisit the material, taking six months to study the real Margaret Tobin Brown, on which The Unsinkable Molly Brown was based.

“I discovered a committed, effective, important social progressive who championed so many causes,” said Scanlan at a recent industry preview of the forthcoming production. “She made a real difference in [Colorado] and in this country’s history. And even more exciting, she was a strong person in a relationship with another very strong person, which is what made her marriage so exciting and, at times, very challenging. This is a story I knew I wanted to tell.”

The estate granted Scanlan permission to reimagine the work, including Wilson songs never before heard, as well as music with new lyrics by Scanlan and adapted by Michael Rafter. With two powerful leading ladies — Marshall as director and Malone in the title role — this Unsinkable Molly Brown has already caught the attention of theater fans. 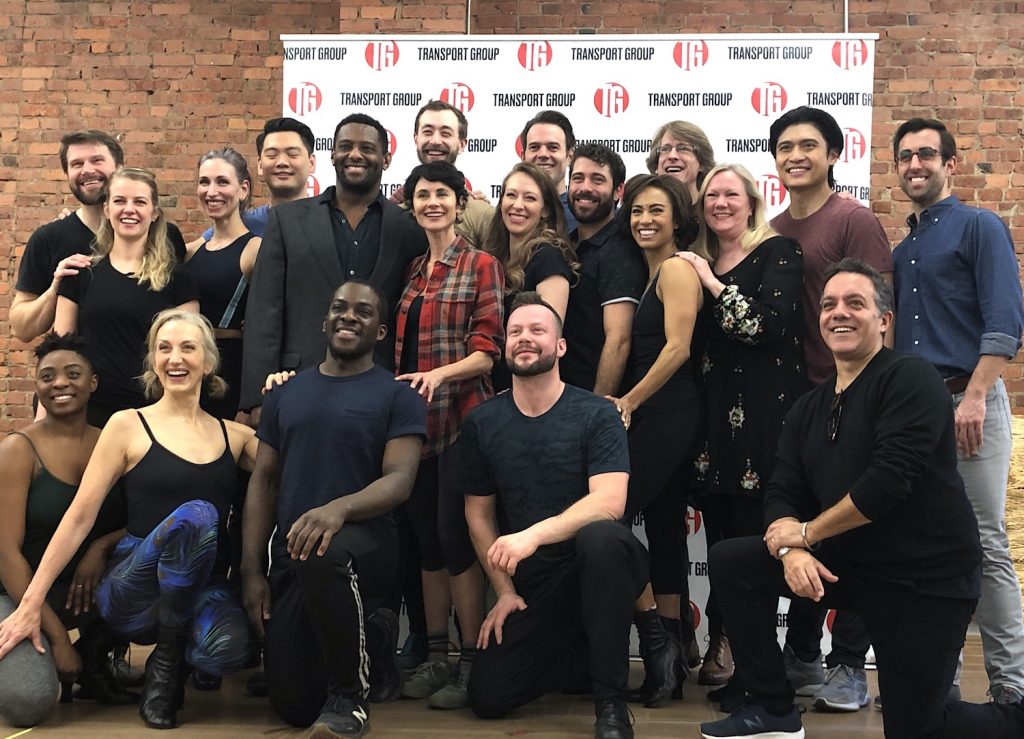 The cast of ‘The Unsinkable Molly Brown.’ (Photo: Matthew Wexler)

The story draws inspiration from Margaret Tobin’s ascension up the ranks of society, her feisty relationship with her husband, J.J. Brown, surviving the most devastating shipwreck of all time, and her far-reaching philanthropic and humanitarian efforts. But it is a musical, after all, and with Kathleen Marshall (Anything Goes, The Pajama Game) at the helm, a fresh take on a classic may buoy Molly Brown to new heights.

“This musical behaves like a traditional musical in that you have a scene that builds to a song, and then you transition to a different location. What we’re trying to do in this production is find a modern way into a traditional show,” said Marshall. “You’ll see in the design concept and staging, it’s more fluid and less formal.”

“With the choreography, you want to capture the energy,” Marshall continued. “I grew up square dancing and doing other folk dances. I’m taking that and infusing it with theatrical energy. I’m also taking inspiration from Beth Malone, who is so physical and fearless. She’s a dynamo and will let us throw her all over the place.”

The Abrons Arts Center, founded as the Neighborhood Playhouse in 1915, will serve as the production’s home — at 330 seats, far more intimate than its Broadway neighbors.

“This is a company of 16, so what’s great is we can fill the stage and have a sense of a town or a community,” said Marshall. “It’s a little jewel box of a theatre. I think the theatre’s just going to wrap itself around our show.”

Malone tackles the role for the third time, having played it at The Denver Center in 2014 and The Muny in St. Louis (2017).

“To me, it feels brand new,” said Malone. “It’s a page-one revision. It’s an amazing thing that they’re using songs from the original that you want to hear and re-framing them in situations that still make sense. It’s very nuanced, the things that I’m discovering right now. I only have to trust that I mean what I say and don’t have to make it a banner. It goes a long way. When you have broad musical theater, the acting wants to go in that broader style, but I’m really fighting against that.”

One of the most dramatic new shifts in Molly’s journey, according to Scanlan, is the origin of her rise to success with husband J.J. Brown. “In the original, their success is depicted as dumb luck. J.J. gets angry, throws an ax and it accidentally strikes gold. In reality, J.J. Brown was extraordinarily smart,” said Scanlan. “He was a laborer, but studied geology and engineering, so when there was an economic crisis in the West, J.J. is the one who came up with the answer, with the support of a partner who saw him as a smart guy who should have a bigger platform. Once that happened, she wanted a bigger platform, and it was harder for him to support that.”

“I hope I know the voice of Meredith Wilson, that’s for other people to judge. But ultimately, I’d love for people to come and not know who wrote what in terms of the language,” said Scanlan. “We now put relationships on stage differently than we did in 1960, so they’re depicted much more in a 2020 way but not historically inaccurate.”

The Unsinkable Molly Brown begins performances on February 8 with an official opening scheduled for February 26. 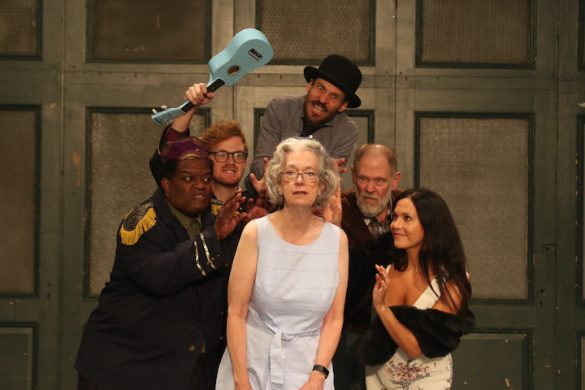