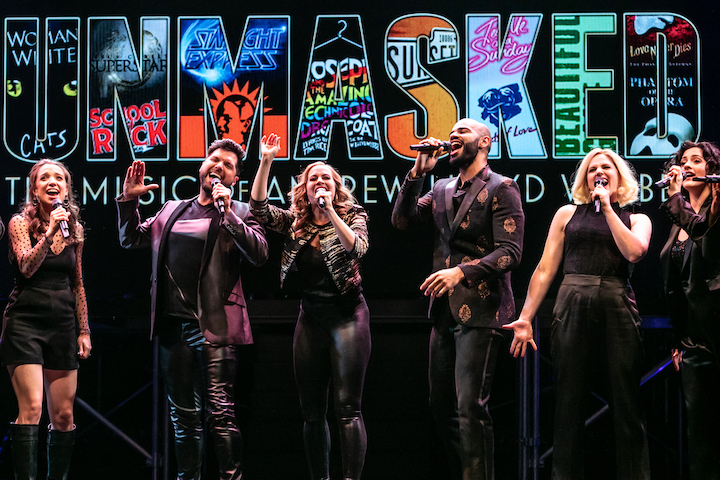 Andrew Lloyd Webber fans rejoice! Or recoil, depending on your threshold to withstand an entire night of the same composer’s music. Even if the impresario is a guilty pleasure — and I unabashedly consider myself an admirer — you’ll likely leave Paper Mill Playhouse’s Unmasked: The Music of Andrew Lloyd Webber feeling completely exhausted.

After the show’s head-scratching finale, “Stick it to the Man” from School of Rock, you may share the same overheard sentiment from a gentleman behind me at a recent performance: “I feel like I just watched a whole bunch of Broadway shows at once!” For musical theater fans, that may sound heavenly, but here, it proves to be too much of a good thing.

With the same look and feel as a cruise ship or theme park show, Unmasked packs something from nearly all of Webber’s 13 musicals, requiems, and variations. It even includes “Amigos Para Siempre,” a song written expressly for the 1992 Barcelona Olympics.

“They asked me to write it just a few weeks before the event, which I found curious,” says Webber in a pre-recorded, projected video above the stage. “I suppose someone else had backed out, and I had been the 19th person asked.”

Webber looms large over the proceedings in video format as he reflects on an unparalleled career. Theater geeks will soak up insights about melodies intended for other musicals, changed lyrics, and a revelation that absolutely nothing was altered from the very first preview of Phantom of the Opera to what still plays today. There’s also quite a bit of self-congratulatory posturing.

Joseph and the Amazing Technicolor Dreamcoat is also here. So is Evita, Sunset Boulevard, and Starlight Express. And fear not, feline friends. Five songs from Cats also slink their way into the mix. Before Music Director Michael Patrick Walker raises his baton to start the overture, Webber boasts of the show’s worldwide success.

“There was even a film made of it, but I understand that it came and went rather quickly,” Webber jokes. Like most other segments, the medley overstays its welcome, but Mamie Parris’ incredible interpretation of “Memory” is a thrilling Act I finale.

This stage treatment is a likely complement to Webber’s memoir of the same name, which was published last year. Paper Mill was slated to produce the revue last season, but delayed it due to “unforeseen scheduling issues.” One wonders if they just weren’t quite sure what to do with it. Even with more time to create, the finished product is muddy, including two new songs that add little to an already overstuffed evening.

Unmasked feels trapped in the past. Costume designer Alexander Dodge (also credited for scenic design) has dressed the male cast primarily in suits and the ladies in skintight black outfits, all of which look ready-made for a 1987 suburban supper club. Director-choreographer Joann M. Hunter’s movement certainly doesn’t help. Dave Schoonover and Angel Lozada awkwardly bop to the beat during Marta Bagratuni’s remarkable cello solo, “Variations 23.” I couldn’t help but compare them Will Ferrell and Chris Kattan’s “Roxbury Guys” from Saturday Night Live. 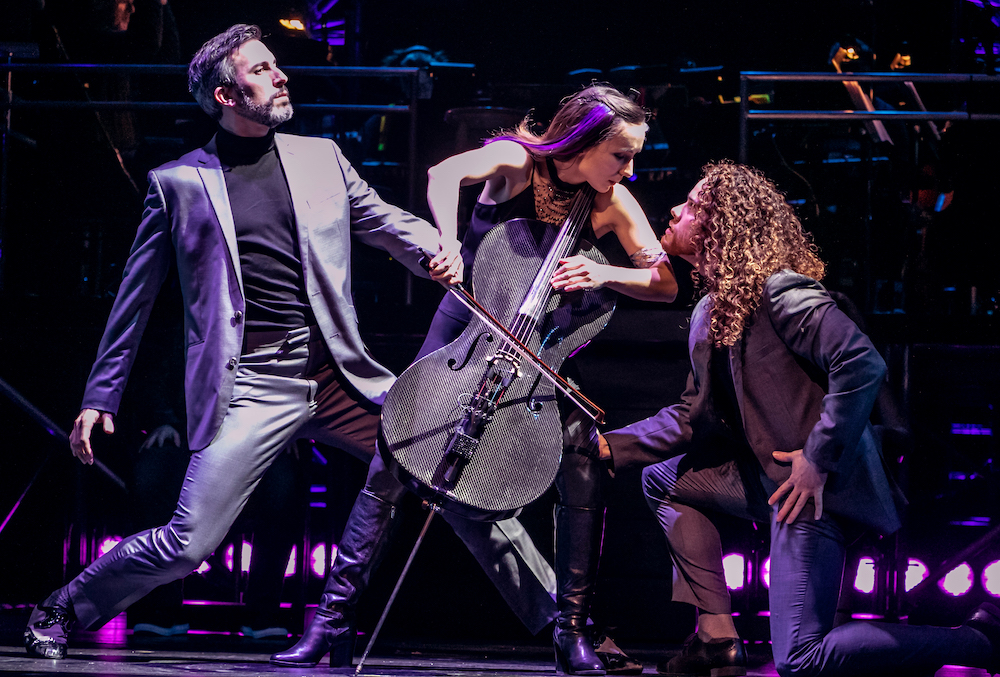 The rest of the choreography appears equally slipshod and free-form, as if the instructions were, “Just do what you want and look like you’re having fun.” When the cast isn’t engaged, they’re merely sitting on moveable flights of stairs. Dodge’s set design, combined with Ed McCarthy’s lighting, does little to enhance what could be a more dazzling event.

Casting director Tara Rubin has assembled a fine ensemble with powerful voices. Webber has never been easy for vocalists, and this ensemble (particularly the women) effortlessly delivers the demanding score. Webber’s journey is a fascinating one. Whether you love or loathe his creations, he has left an indelible mark in the theater and in the music world at large. Were this strictly a documentary or kept as a book, it might fare better and be more easily digestible. As a two-and-a-half-hour show, it’s less “Jellicle Ball” and more “Oh, What a Circus.” 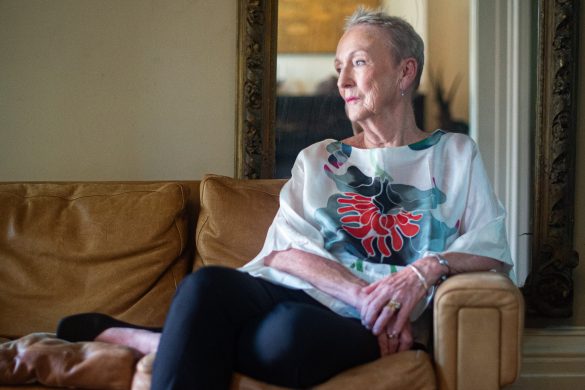