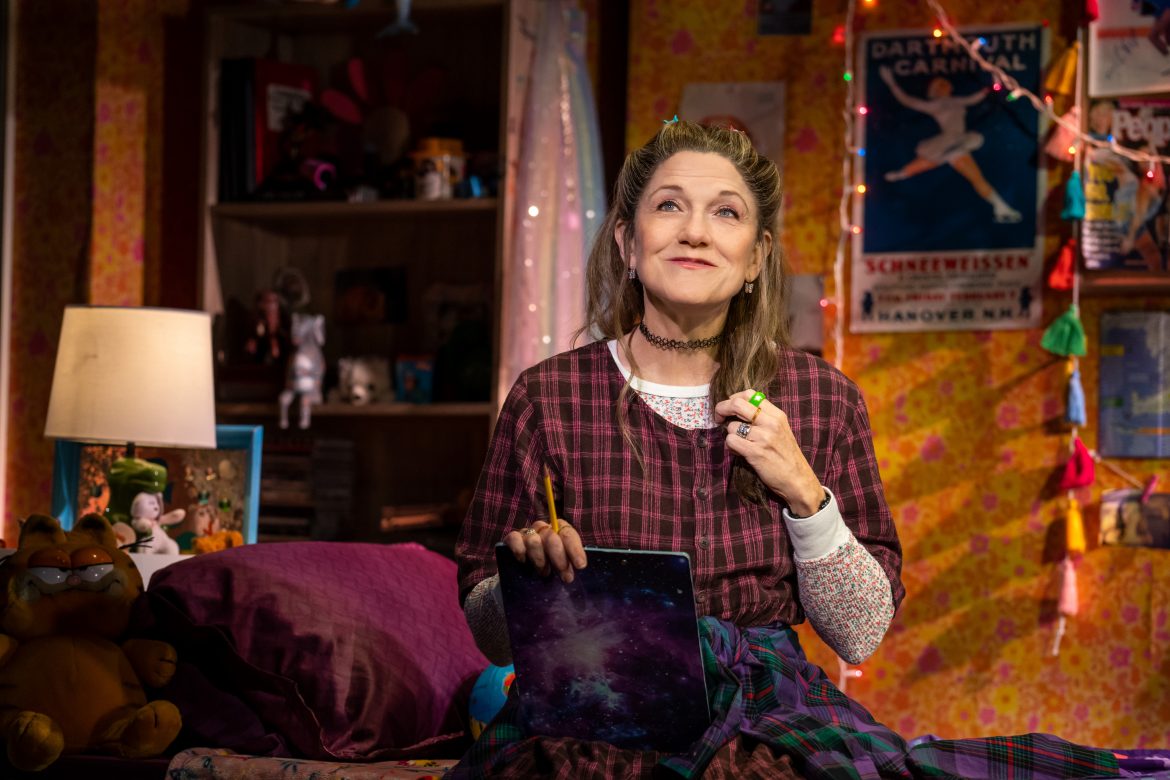 Put ice skating rink, teens in love, and a Polaroid camera in a musical and you’ve got three ingredients for Broadway charm. Kimberly Akimbo has all that much, much more: nuance, grace, and belly laughs to boot. It is a refreshingly original musical and undeniably the most uplifting one in New York this fall season.

Victoria Clark stars as Kimberly, a high school student with the usual (bio homework, crushes) and the unusual: a rare disease that makes her age four to five times faster than a normal human. At just 16, her classmates might confuse her for one of the lunch ladies. Innately, time is a motif in this new musical by Jeanine Tesori and David Lindsay-Abaire. Nonetheless, mortality is never heavy handed as the story focuses on Kimberly’s relationships instead of her outlook on life that might reductively be called “inspiring.”

She has a pregnant mother (Alli Mauzey) who’s about to burst with what she hopes will be a disease-free child, and a father (Steven Boyer) who drinks to cope knowing the gene he passed on caused Kimberley’s condition. If that all sounds morose, Lindsay-Abaire’s book keeps the tone light and the jokes coming. Bonnie Milligan, always a standout, brings particular levity as Kimberly’s street-smart aunt, and she earns roaring applause for her song “Better” about how to scheme your way out of life’s misery. Rounding out the cast are Kimberly’s high school peers, including Justin Cooley, who imbues his Lord of the Rings-loving Seth with such nerdy quirk and dry humor he reaches Milligan’s comedic heights.

But it is Clark who is the beating heart of this musical; playing a teenager, she never leans into caricature, and her voice is as golden as ever. She is worth the price of admission alone, but that may be a disservice to Jessica Stone’s crisp direction, a strong ensemble, and a touching story, all of which make this a must-see Broadway event.