Every fourth Wednesday of the month, the “VIP Access” column will serve up advice on how to make your theater-going experiences cheaper, easier and more fulfilling with inside scoop from the experts.

You know that silly old cliche about Broadway actors heading out after their shows for food and drinks, not heading home until the wee hours of the morning? It’s all true. You try doing three hours of singing/dancing aerobics, getting a heroin-like shot of applause, and then going right to bed. It ain’t gonna happen no matter how much Ambien you’ve got. So if you want to do as the Romans do (if the Romans in question are from a revival of Julius Caesar), prepare to reset your clock and hit one of these four popular post-show, theater-district hangouts:

Joe Allen:  This is the classic and still popular Broadway bistro of all Broadway bistros. With posters from notorious flops on the walls (a mentor of mine cheekily likes to be sat at the table under one for a show he wrote) and air kisses being proffered from table to table, it feels like Margo Channing could walk in any minute. Years ago, a friend and I once followed Liza Minnelli into Joe Allen off the street, sat at the bar, told the bartender to just keep filling our Cosmos and surreptitiously watched a birthday celebration for Sam Harris (you know, from Star Search) during which Miss Minnelli sang Happy Birthday while Jeckyl/Hyde clapped along. Seriously. And I’m sure it could happen again today.

A tip: I’m going to contradict myself already. Sue me. If you really want to hang with stars at Joe Allen, go around 5pm on a two show day. There will be actresses checking their blackberries and picking at the bounteous La Scala salad after their matinee. Personally, I’d order the awesomely filling, Mom-approved meatloaf and chase it with a scotch from the bar, but I don’t have to get up on stage later that night.

Bar Centrale: If the classic set are downstairs at Joe Allen, the next generation are upstairs at this classy, deco, no-sign-on-the-door speakeasy. Everyone seems to know each other (patrons slide from one table to another to join conversations) and future theatrical collaborations appear to be forming all around. I’ve seen the composer of Next to Normal laughing with Kelli O’Hara and Ricky Martin catching up with his old theatrical friends at a booth behind me. Do you still need to know about the actual menu? The food offerings are slight but the drinks are huge–and priced accordingly.

A tip: Make a reservation (you won’t get in otherwise), dress nicely, soak up the surprisingly friendly atmosphere and don’t stare. What makes this place great is that it truly feels like a secret and the theater types who go there like it that way. If there’s a sighting of a few iphone happy photogs, the A-list will move on–and this time they won’t leave a forwarding number.

Chez Josephine: This swanky, draped in velvet hideaway comes with serious show biz cred; owner and host Jean-Claude Baker opened the french bistro as a tribute to his adoptive mother, the legendary Josephine Baker. Beyond Ninth Avenue on 42nd street, it’s a great choice after seeing a show at one of the far West’s Off-Broadway venues. You may not spot the cast of the show you’ve just seen because they’re tucked away in the twisting, dimly lit corners of the restaurant, but you won’t mind when you’ve got wonderfully weathered jazz performers playing classics at the piano.

A tip: Grab a couple bottles of red, a basket of frites and some story time with Jean-Claude. He’s got tales to tell and a larger than life presence that makes you feel like you’ve wandered into a romantic, mysterious play of your own.

Etcetera, Etcetera: For more serious dining, check out this clean-lined, warm and inviting, neo-Italian restaurant. The sesame seed crusted salmon is a flavorful, light option–which allows you to hit the luscious tiramisu for dessert. Less self-consciously “theatrical” then the previous choices, it still boasts a devoted cadre of (particularly gay-friendly) performers.

A tip: Befriend the outgoing and unpretentious staff. With a smile and some warm conversation, the bartender is likely to stray off the drinks menu and offer up a special treat like the orange creamsicle concoction I downed. (This post certainly makes me sound like a lush, doesn’t it?) 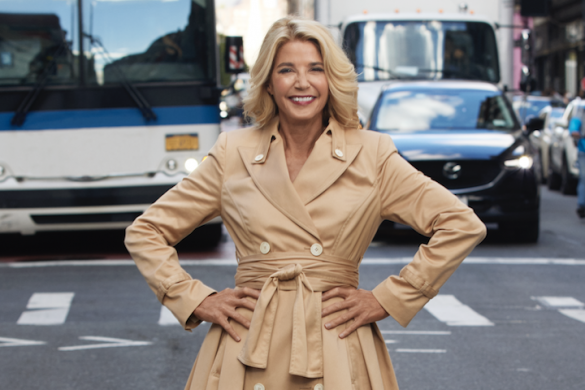