Top Posts
‘Company’ to Hit the Road on North American...
Meet the Full Cast of ‘Shucked,’ Coming to...
Full Cast for ‘Parade’ Announced
Stephen McKinley Henderson Gives the Performance of His...
The McKittrick Hotel Announces the Return of ‘The...
Broadway Stars Honored with Academy Award Nominations
Taylor Trensch, Danny Wolohan, and More Join the...
A Gay Road Trip Comes to The Brick...
Maude Apatow of ‘Euphoria’ is the Next Audrey...
Tony Award Winners to Star in ‘Hercules’ at...
Home Beyond Broadway WAY OFF BROADWAY: Chicago Gets “Kinky” and the Best Tryout Cities
Beyond Broadway

When there’s a month with a fifth Wednesday, I’ll be heading Way-Off-Broadway for a look at theatrical happenings outside New York City. This Leap Day, we’re hopping around the country (and across the pond) to find the best spots for Broadway dreaming…

Mommy, where do musicals come from?

That question used to be easy to answer. “Well, darling, when a bookwriter and composer and lyricist love each other very much, they go to New Haven and try out their baby.” Now, the truth is, musicals are produced through a decidedly less romantic series of non-monogamous readings, staged readings and workshops. The traditional out-of-town tryout is often skipped as too expensive or a waste of a star’s window of availability. But they do still happen, though often in the guise of regional theater productions. Over the last week, two major new tuners announced that they will be getting pre-Broadway tryouts in Chicago. Kinky Boots, based on the 2005 British film and scored by pop icon Cyndi Lauper, will play the Bank of America Theater in the Windy City in October.  The following summer, director Mary Zimmerman (Metamorphoses) will bring her adaptation of Disney’s The Jungle Book to Chicago’s premiere regional venue, the Goodman Theatre.

Why Chicago? Certainly it has a very vibrant theater community and an audience that can intelligently support and critique new work. It was the proving ground for two recent Broadway musicals, The Addams Family and Million Dollar Quartet, which may not have been blockbuster critical and commercial successes but they both live on and may recoup their investments through touring or Off-Broadway productions.

However, if I were a producer, I wouldn’t be looking for a city that fields doubles; I’d be looking for somewhere that has a track record of home runs. Is there such a place? Allow me to attempt a very rough, statistically unsound but amusing analysis…

Show Me the Money: It ain’t called show business for nothing. I want a city that guarantees I’m going to make my money back on a show. So I looked at a list of shows that have opened in that last five seasons and recouped their investment. [Note: I don’t have a staff of researchers; this is all based on quick google searches and my own personal curiousity. In addition, some producers/limited runs don’t announce if they’ve recouped; certain shows don’t make money on Broadway but may do well in later incarnations (Legally Blonde); and other shows are still running and may cross that line in the future (Rock of Ages, Memphis).] So, where did my money makers find their sea legs: Interesting, very interesting. Off-Broadway, while it may feel like a different world, is not out of town so I’m not counting it. London certainly looks like a winner but it’s not really a place to try out a show; the shows are already done and producers are just cherry picking the best ones to bring on over. Ladies and Gentlemen, if you want to make back your money, test your show in Washington, D.C. And they say our nation’s capital is gridlocked and ineffective.

Show Some Respect: You don’t get into the arts to make money; you do it because you love it…and you want to win awards. So let’s take a look at the critical favorites as defined by the Tony Awards (hush, I know…the best doesn’t always win but I have to do this somehow). The last five winners of Best Musical and Best Musical Revival were: Not much consensus here but, again, trying the show out Off-Broadway seems like a good bet. (Yes, I’m ignoring the hundreds of shows that open Off-Broadway and never make the transfer. I told you this was statistically unsound and purely for entertainment purposes.) As for an actual out of town tryout, I’d give this round to…Washington, D.C.! Yep, I’m a big fat cheater. No Tony winners (yet) but raves for the Kennedy Center Follies and a Pulitzer for Next to Normal look awfully good as a sign that D.C. gets critical respect.

So What Have We Learned: We’ve learned that I have no background in data analysis. We’ve also discovered that Washington, D.C. is having a pretty good couple years with its Broadway bound musicals…and should be thankful that Glory Days got its pre-Broadway tryout just over the Virginia border in Arlington so it is not counted (on a technicality).

And the worst place to test a show, you ask, you naughty little minxes? We try to be so positive here at the Broadway Blog, but I suppose for educational purposes it’s OK. Let’s just say that if someone tells you they have a show they want to invest in and they invite you to see it in a Sarasota, Florida (A Tale of Two Cities, Bonnie & Clyde), you might want to ask them if they have any bridges for sale instead. 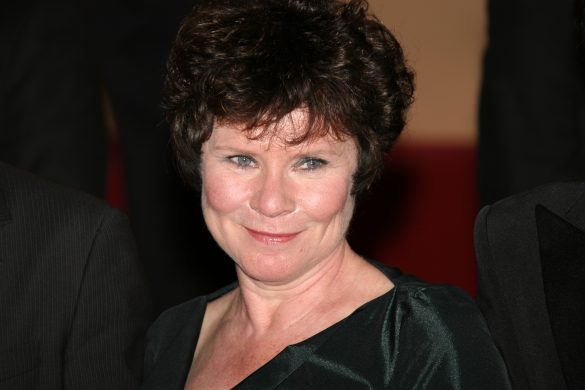