The re-release of the 60s musical film soundtrack “Bye Bye Birdie” has the kids in a twitter! Guest Contributor Scott Redman gives a listen and reports:

The opening chords of the title song “Bye Bye Birdie” is enough to make a grown woman (or man) stand up shake their maracas and put on a happy face. The recent re-release of the film soundtrack is back on the shelves with newly mastered vocals and additional bonus tracks.

A truly American tale, pop sensation Conrad Birdie (Jesse Pearson), enlists in the military as a strong and healthy boy to join the Korean War. Meanwhile, his scatterbrain agent and songwriter Albert, a limber, full voiced Dick Van Dyke is struggling to balance his career with his Spanish Rose (a wickedly seductive Janet Leigh). A contest ensues offering up “One Last Kiss” to a lucky girl – enter Kim McAfee, played by sexpot Ann-Margret and family (Paul Lynde from “Hollywood Squares” as Dad and Mary LaRoche as Mom). Conrad and the kids of Sweet Apple are in for a wild ride before the noble lad heads to the front lines.
Conrad carries the Elvis inspired tunes with “Honestly Sincere” and “One Last Kiss.” The rock ‘n roll riffs are balanced with charming ballads “How Lovely to Be a Woman” and “One Boy.” Dick Van Dyke delivers the standard, “Put On A Happy Face,” now considered a trademark of the musical theater anthology, while Paul Lynde sharply complains about “Kids” and the turmoil of raising rambunctious youth. Ann-Margret in the film version of "Bye Bye Birdie."

The bonus tracks are not to be missed. The 60s nightclub version of “How Lovely To Be A Woman” showcases the sultry allure that made Ann-Margret into a mega star playing the sassy girl next door, Kim MacAfee.

The musical’s premise is light and airy but should not be dismissed for its simplistic structure. Charles Strouse and Lee Adams’ score is fun, sharp and boundary breaking: they were the first to incorporate “rock music” into a book musical.

Often ridiculed for being over trite and fluffy, “Bye, Bye Birdie” is one of the most performed musicals in high schools and community theaters across the country. “Bye Bye Birdie” is to musical theater what Norman Rockwell is to painting, depicting Main Street and the American family. The film’s re-mastered soundtrack celebrates everyday life and honors an era when teenagers more innocently had “A Lot of Livin’ To Do.” 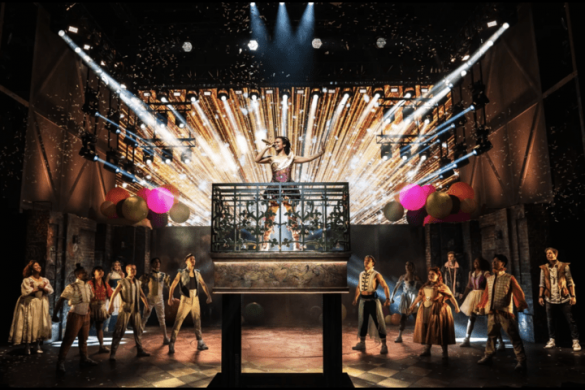