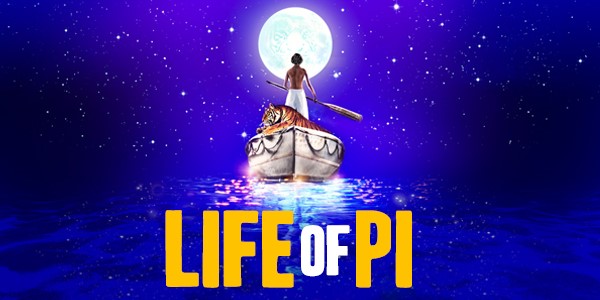 The celebrated stage adaption of Yann Martel’s beloved novel Life of Pi will transfer to Broadway this spring, following a successful West End premiere and an upcoming regional tryout at the American Repertory Theater in Boston.

Lolita Chakrabarti’s stage adaptation of Martel’s best-selling novel is set for Broadway’s Gerald Schoenfeld Theatre, with previews beginning March 9, 2023 and opening night set for March 30, 2023. Prior to the Broadway engagement, Life of Pi will make its North American premiere at A.R.T. at Harvard University from December 4, 2022 through January 29, 2023.

Life of Pi is directed by Max Webster, with set and costume design by Olivier Award winner Tim Hatley, puppet and movement direction by Finn Caldwell, puppet design by Nick Barnes and Caldwell, video design by Andrzej Goulding, lighting design by Tim Lutkin, sound design by Carolyn Downing, original music by Andrew T Mackay, and dramaturgy by Jack Bradley.  Broadway casting is yet to be announced.

After a cargo ship sinks in the middle of the vast Pacific Ocean, a sixteen-year-old boy name Pi is stranded on a lifeboat with four other survivors – a hyena, a zebra, an orangutan, and a 450-pound Royal Bengal tiger. Time is against them, nature is harsh, who will survive?

“Having started work seven years ago to bring Yann Martel’s much-loved story to the stage, for it to live on Broadway is enormously gratifying,” said producer Simon Friend. “Life of Pi has been so joyously received by audiences young and old in the UK, which is testament to the skill of the large team of artists delivering a show which entertains, and makes you think and feel in equal measure. We can’t wait to welcome audiences on Broadway.”