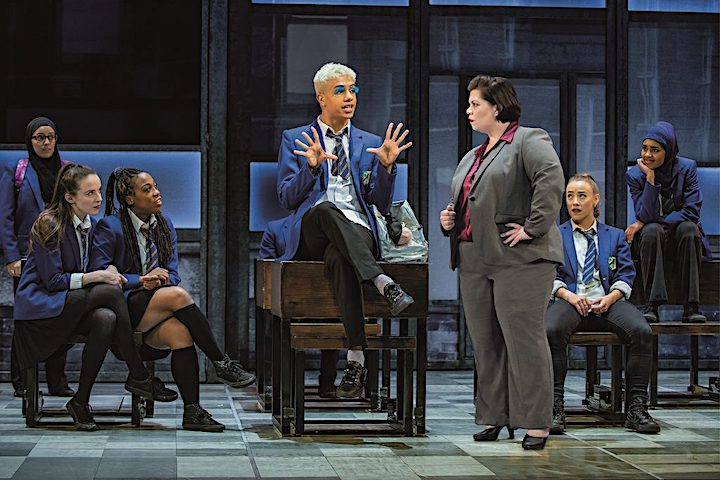 As previously reported, the Olivier Awards will return on October 25, albeit in a pandemic-proportion format, but there’s plenty more happening from across the pond. Good news and sad news converge as some shows plan their reopening, while others have delayed their return. Here’s a look at what’s recently been announced:

Everybody’s Talking About Jamie
Nimax Theatres will be reopening all six of its West End venues. Nimax Chief Executive Nica Burns said in a statement, “I am delighted to announce that we will be switching on all our lights and re-opening with a special season of fantastic entertainment. Our program of special shows will reopen each of our six theatres… For our special season, our theatres will open with social distancing plus robust risk mitigation to comply with current government COVID-19 Secure guidelines… We will also be able to support some of the many teams and businesses which together give our audiences a night to remember.”

One of the most anticipated returns is Everybody’s Talking About Jamie, a new musical that premiered on the West End in 2017 after an initial regional production at Sheffield’s Crucible Theatre. Based on a BBC documentary of the same name, the musical follows 16-year-old Jamie New on his self-discovery journey, which includes wearing a dress to his high school prom. Performances resume November 12. The musical has also been adapted into a feature film, slated for a 2021 release.

“The Play That Goes Wrong has been a tonic for people’s spirits since first appearing seven years ago,” said producers Kenny Wax and Stage Presence Ltd. “Laughter has the power to bring people together across all divides, reduces tensions and produces joy. And we know how lacking all of those have been these challenging past six months.”

The Goes Wrong Show, a series of half-hour comedies developed from the same creators, can be seen on BroadwayHD.

The Mousetrap
The famous Agatha Christie play was first performed in 1952 and has been seen by more than 10 million people. Richard Attenborough originated the role of Detective Sergeant Trotter. In celebration of the 25,000th performance and the production’s 60th year, a special charity performance was staged featuring Hugh Bonneville, Patrick Stewart, Julie Walters and Miranda Hart.

The Mousetrap was expected to return on October 23, but the reopening has been postponed due to the pandemic.

Adam Spiegel, the producer of The Mousetrap, said, “In view of the current uncertainty and with greater restrictions looming for London, I have had to make the difficult decision to postpone the reopening of The Mousetrap. When we took the decision in July that the show would reopen, it was in anticipation of a gradual easing of restrictions in general.”

“The government’s announcement last week that the situation is deteriorating, together with increased restrictions being imposed across the country, makes it impossible to proceed with confidence,” Spiegel continued. “The Mousetrap will be back, and a new date to reopen will be announced as soon as there is a more certain environment and subject to government guidelines.”