Top Posts
‘Company’ to Hit the Road on North American...
Meet the Full Cast of ‘Shucked,’ Coming to...
Full Cast for ‘Parade’ Announced
Stephen McKinley Henderson Gives the Performance of His...
The McKittrick Hotel Announces the Return of ‘The...
Broadway Stars Honored with Academy Award Nominations
Taylor Trensch, Danny Wolohan, and More Join the...
A Gay Road Trip Comes to The Brick...
Maude Apatow of ‘Euphoria’ is the Next Audrey...
Tony Award Winners to Star in ‘Hercules’ at...
Home Beyond Broadway Her Place in History: ‘Wives’ at Playwrights Horizons
Beyond BroadwayReviews 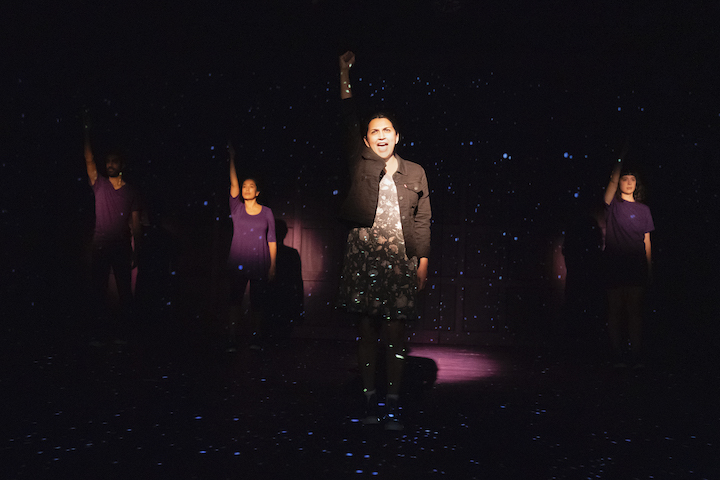 Let’s all just agree: it’s time for them to go ahead and sit down. Those men who for centuries shoved the crown on their own heads and decided that they would take up all the space and write all the stories. And sit down they do in Jaclyn Backhaus’ new play, Wives, a Jody Falco and Jeffrey Steinman Emerging Playwright Commission, at Playwrights Horizons.

Told as four vignettes, Wives reaches into three distinct memories of history: the final days of Henry II of France in the late 16th century, 1960s Idaho at the newly dug grave of Ernest Hemmingway, and India in the 1920s during England’s crushing imperialism. The fourth and final story in the vague here and now wants to bind the rest and give moral.

Reminiscent in style and theme to Caryl Churchill’s groundbreaking Top Girls, the power and individuality in this piece lies in its brightness and, dare I say, hopefulness. Like Churchill’s work, historical figures are broad, modern, and sharp with biting and caricaturistic humor. We jut into the past by way of our everyday.

Backhaus’ (Men on Boats, India Pale Ale) script throws plenty of f-bombs in Catherine de’ Medici’s mouth. Costume designer Valérie Thérèse Bart (Little Women, Too Heavy for Your Pocket) dresses the characters with historical accuracy mixed with sparkly Converse. Wives truly has hope, though, and that’s uncommon and hard to capture in today’s cultural conversation. These women, and I mean these characters historically as personified on stage, these actors themselves, Backhaus and director Margot Bordelon (Something Clean, Do You See Anger?) see the light of strength at the end of a centuries-old tunnel. 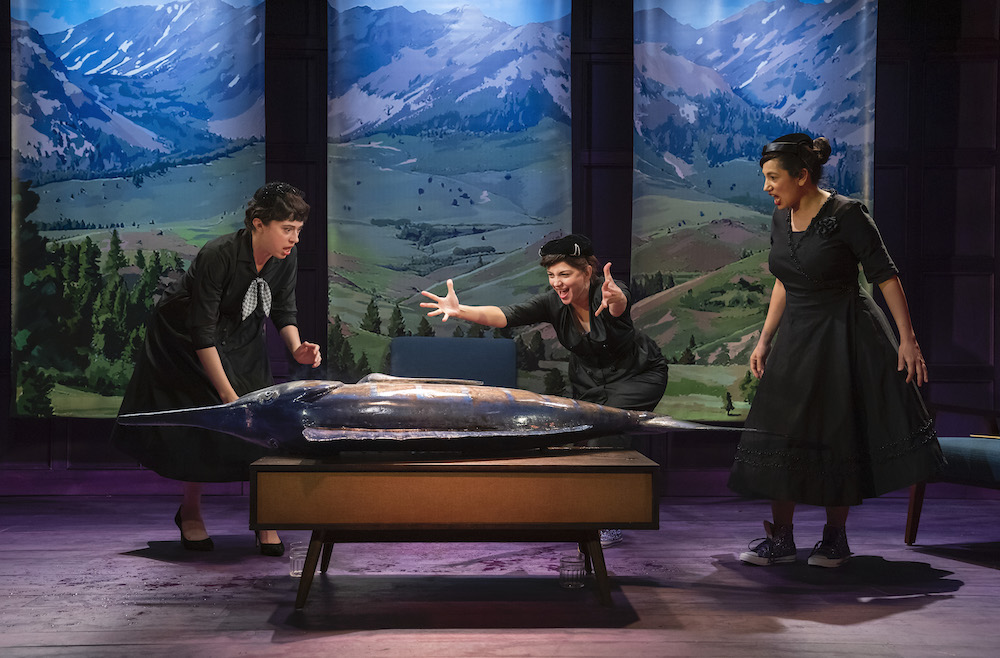 Unfortunately, they lose their way. After three scenes of boisterous energy, many laugh-out-loud moments of smart and simultaneously silly humor, and bold statements about how we view history, it all comes to a crashing halt. The fourth scene, set in a basement room at “Oxbridge University,” a sophomore attempts to get a witch club off the ground, but the premise fails to move the play’s ideas and energy forward. The shift suddenly feels sappy and weak instead of forthright and clever.

This production also seems to be missing a member of its creative team. Movement and music facilitate full-view set and costume changes —great in theory for an 80-minute piece to not lag simply to switch gears. The problem is, no one appears in charge. Although scene changes are choreographed, they appear clunky and mismanaged, and desperately in need of someone minding the movement store.

The cast’s biggest triumph is its sense of camaraderie. Whether it’s the found alliance between Catherine de’ Medici (Purva Bedi) and Henry II’s mistress Diane (Aadya Bedi), or Hemmingway’s wives bemoaning his inherent narcissism (complete with the sacrificial burning of a marlin a la The Old Man and the Sea), the nature of the poetic writing distances the actors from the text just enough for you to imagine those words scrolling on the page as they talk. In this sense, Backhaus embraces the play’s theatricality without alienating its audience.

It is long past time to look at history through all eyes, not just the white male eyes we’ve been gazing through for so long, and Wives gets that. Although hobbled by awkward movement moments and occasionally misdirected energy, Wives delivers heart and hope that we, even in the debacle of our current society, can someday create a more meaningful and inclusive history.