Top Posts
Ingrid Michaelson Rings in the Holidays for Two...
Review: ‘& Juliet’ Is A Daffy, Absurdly Joyous...
Jinkx Monsoon & BenDeLaCreme’s ‘The Jinkx & DeLa...
Review: Victoria Clark Shines in the Refreshingly Original...
Review: Mike Birbiglia Astounds in ‘The Old Man...
A Sondheim Stocking Stuffer: New Book Offers Insightful...
From ‘Tattooed Lady’ to ‘KPOP,’ Plus A Quick...
Museum of Broadway Will Open Its Doors November...
Previews Have Begun for One-Man ‘A Christmas Carol’...
Strong Performances Aren’t Enough to Save ‘Almost Famous’
Home Beyond Broadway Murder and Mystery in Space: ‘Women of 4G’
Beyond BroadwayReviews 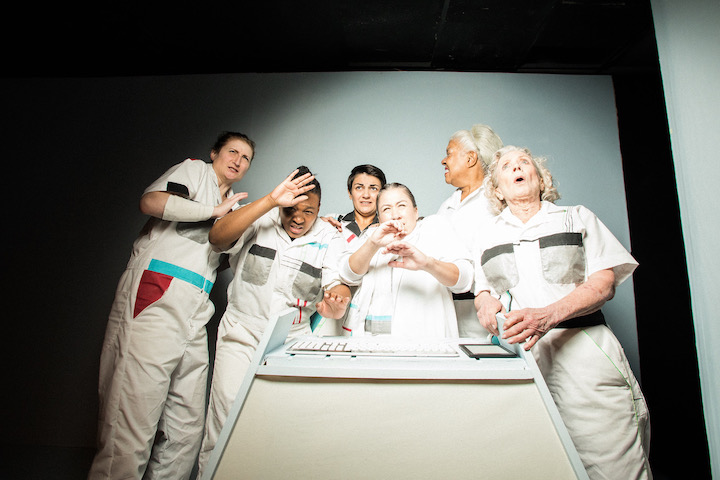 Seventy-five years in the future, an all-female crew and their male captain depart on what appears to be a routine mission to Mars until the captain is murdered and the real purpose — which is nothing short of saving all of humanity — tests the crew to their limits, opening up questions about power, leadership, responsibility and sacrifice. Both murder mystery and space thriller, Amy Tofte’s Women of 4G compellingly examines relationships between women under extreme duress.

4G’s diverse cast delivers a sermon on leadership, the wisdom of age, the optimism of youth, and true consequences. Stark (Ashley Yates) becomes the new captain and she and Wollman (Jazmín Corona), the ship’s science officer are at loggerheads trying to decide whether to follow protocol when the ship’s captain is murdered and scrap the mission, or move ahead and possibly save the planet and see Wollman’s life’s work come to fruition. 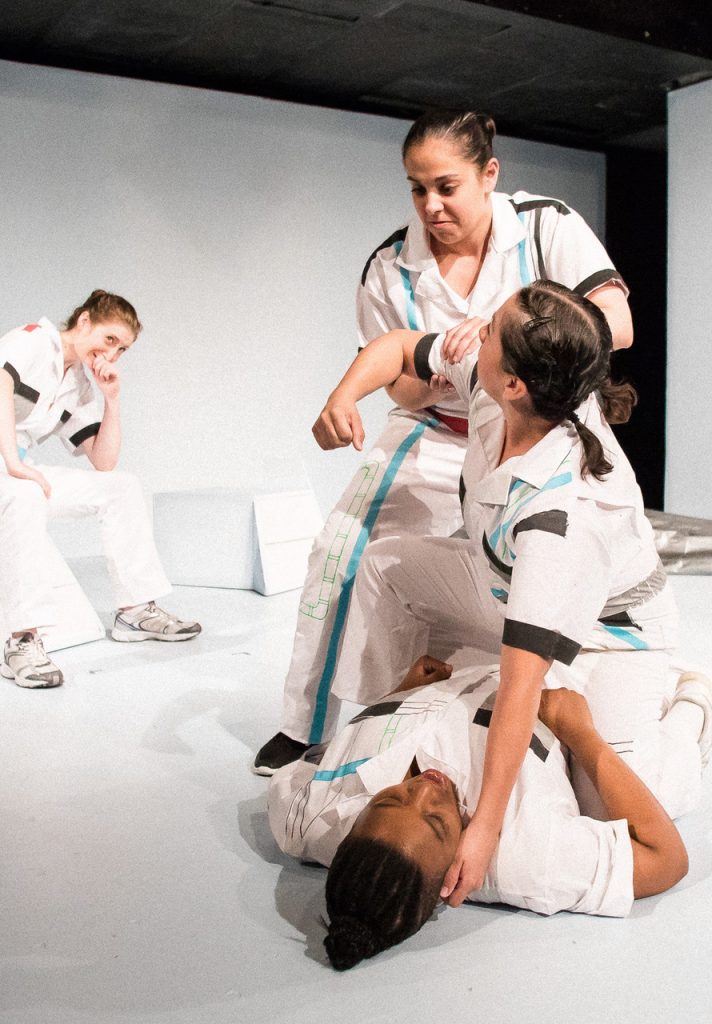 Corona’s electrifying performance as the scientist who authored the technology that is going to save the planet is particularly riveting and poignantly focuses the rage Wollman and most of the crew feel. She had to work twice as hard as her male counterparts to get her ideas heard. Wollman was laughed at, scorned, belittled before she could get her science to be taken seriously. She and Stark, in particular, are women competing in a man’s world and doing so with as much grace and dignity as they can.

Crewmates Baston (Catherine Dvorak) and Nataki (Lakecia Harris) keep up a running tally of insults and skirmishes between them. The most experienced crew members, Cava (Renee Lockett) and Toulle (Judi Schindler) are almost the Waldorf and Statler of the group, shaking their heads at the youngsters, throwing knowing glances back and forth. They provide a sharp, world-weary counterpoint to Pierce (Jillian Leff), the youngest crewmember who has some startlingly naive ideas about how the world and space military organization they are part of functions.

The minimal, monochromatic costumes and sets allow for a terrific use of the small space, which includes the spaceship’s main deck, medical station and control room, as well as a tethered spacewalk. Within the small and well-used space, the whodunnit and subsequent sabotage are dispensed with quickly to get down to the real meat of the drama. The crew discusses micro- and macroaggressions, as well as sex politics, the old boys club, and it seems that no time has passed at all from now to this future world. It was predicted that it will take the world 170 years to reach gender equality. If the women of 4G exist sometime in our near future, they’re still fighting the same battles as women of today, and their anger is palpable.

The Women of 4G is more than a mysterious sci-fi space romp. It is a slice of life for women now and perhaps (but hopefully not) women in the future. Their story, beautifully portrayed and imagined, is one of humanity.