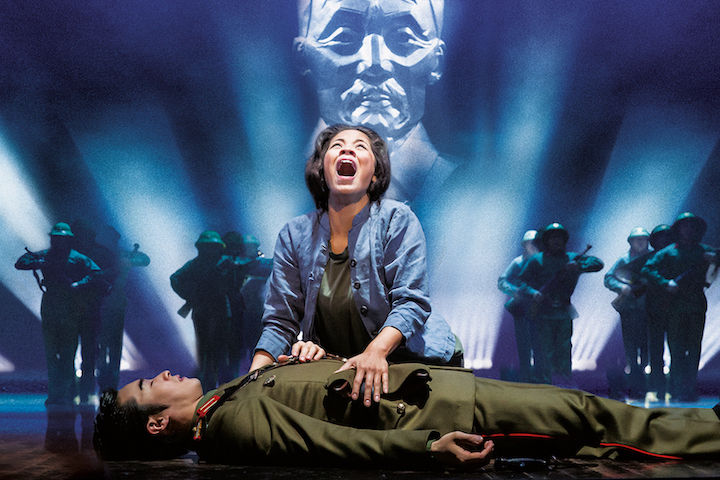 Plays and musicals are filled with fascinating female characters: matriarchs, scientists, witches. Here, we look at just ten roles that are some of the most beloved on and off the stage. Elphaba from Wicked
What list of female heroines would be complete with the gravity-defying green girl from Oz? Bright, passionate, and a go-getter, Elphaba wields powers not only via her magic but also in her might to fight for change and stand up to injustice. It’s no surprise that several starry women, from Idina Menzel to Stephanie J. Block, have soared in this role.

Mamma Rose from Gypsy
The stage mother to end all stage mothers, Rose will stop at nothing to see her daughters reach stardom, even if it means ruining her relationships with each of them. The pinnacle of stage divas, Rose has been played by the best in the biz, from Ethel Merman and Bernadette Peters to Tyne Daly and Patti LuPone, and most recently by E. Faye Butler in a critically acclaimed production at Chicago’s Porchlight Music Theatre. Mrs. Muller from Doubt
Standing up for your son takes courage, but standing up to a fierce nun takes pure guts. Mrs. Muller is a worker, a wife, and a mother just trying to give her son the best life possible in John Patrick Shanley’s Pulitzer Prize winner Doubt. Viola Davis scored her first Oscar nomination for playing the role in the acclaimed film adaptation.

Joanne from Company
Sondheim has written scores of hearty women (The Witch, Mrs. Lovett, Desiree, to name a few), but none are as swift and acerbic as Joanne. Originated on Broadway by Elaine Stritch, Joanne brings the house down with the 11 o’clock number “The Ladies Who Lunch.”

Sandy Cheeks from SpongeBob SquarePants
More than a sidekick, Sandy Cheeks is the sharp, kung fu-fighting, and lovable squirrel in this Nickelodeon show brought to life. She climbs a volcano! She creates a life-saving bubble device! She’s definitely who you want leading the way to save an endangered city.

Maria Callas from Master Class
You think theater actors have big personalities? Wait ’til you meet this opera singer. Maria Callas, as immortalized in Terrence McNally’s drama Master Class, does not, will not coddle her voice students. She demands perfect technique and won’t settle for anything less — nor will the many women who have taken a bite out of this larger-than-life role. Hailey Kilgore in ‘Once On This Island.’ (Photo: Joan Marcus via The Broadway Blog.)

Ti Moune in Once On This Island
Ti Moune remains on one island, but she might as well have traveled a world away as she moves from her poor home to the rich palace of her love. Fighting wealth and class, love and death, Ti Moune is recognized and rewarded by the gods, turning into a tree: a symbol of strength and longevity. She did not simply “wait for life to begin,” she went out and sought it.

Kim from Miss Saigon
Kim goes on an enormous journey, fueled by love, in this epic musical. “I’d Give My Life for You,” she sings to her son, and at the musical’s climax, she does. Lea Salona originated this role, making her an overnight star, and most recently on Broadway, she was played by Eva Noblezada, who is now starring in Hadestown.

Fantine in Les Misérables
“I Dreamed a Dream” is one of the most beloved songs in the musical theater canon, performed by countless women on stage — and on TV. (The song helped Susan Boyle burst onto the scene!) Fantine gives her hair, body, and life for her daughter Cosette, battling a cruel world at every turn to support her daughter.