Top Posts
‘Company’ to Hit the Road on North American...
Meet the Full Cast of ‘Shucked,’ Coming to...
Full Cast for ‘Parade’ Announced
Stephen McKinley Henderson Gives the Performance of His...
The McKittrick Hotel Announces the Return of ‘The...
Broadway Stars Honored with Academy Award Nominations
Taylor Trensch, Danny Wolohan, and More Join the...
A Gay Road Trip Comes to The Brick...
Maude Apatow of ‘Euphoria’ is the Next Audrey...
Tony Award Winners to Star in ‘Hercules’ at...
Home Beyond Broadway Year of Chicago Theatre 2019: 7 Can’t-Miss Shows
Beyond BroadwayHot Ticket 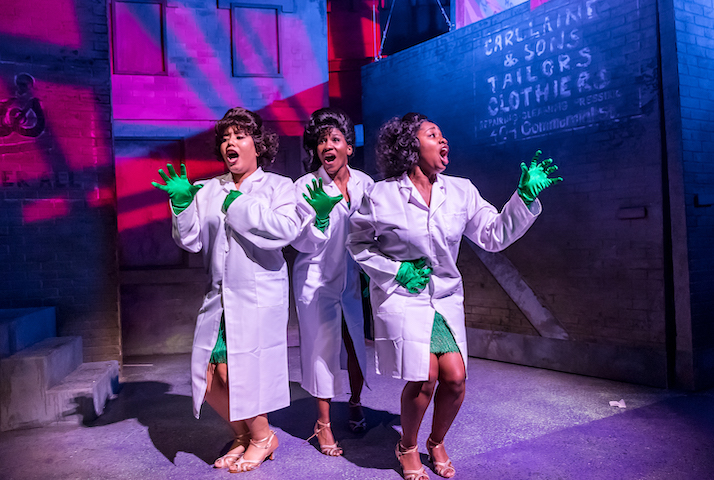 Though the Great White Way is often thought as the pinnacle of American theater, you don’t want to miss out on what’s going on in the Windy City. Chicago’s theater scene is flourishing this year as the city proclaims 2019 as The Year of Chicago Theatre.

Hundreds of theaters produce work throughout Chicago, from mainstays like The Goodman and Steppenwolf to storefront companies breaking new ground in intimate spaces. Broadway hits including Spamalot, On Your Feet!, Kinky Boots, and The Producers all got their starts with Chicago tryouts. Most recently, SpongeBob SquarePants premiered in Chicago ahead of its fall 2017 opening at the Palace Theatre in New York, and the newly announced Britney Spears musical, Once Upon a One More Time will run in Chicago ahead of a hopeful Broadway venture.

“Over the last several years, Chicago has emerged as the go-to city for Broadway tryouts, consolidating a key position in the commercial theater industry as a stream of new musicals try to find their footing here,” wrote Michael Paulson for The New York Times, citing the city’s large population and plethora of experienced showgoers that mimic the ilk of a typical Broadway audience. This allows producers and creative teams to test out shows in progress and see how they appeal to pre-Broadway audiences and tweak and prune before official openings in New York.

According to Paulson, theatrical houses (some 250 in total, including five Tony Award-winning establishments) in Chicago’s newly refurbished theater district are built like Broadway houses, which provides for size-appropriate building of sets for Chicago productions, which can be transferred to Broadway. Not to mention the influence of Chris Jones, theater critic for The Chicago Tribune (and director of The National Critics Institute), whose keen critical analysis is sought after by for producers and creative teams as they finetune their works.

Chicago Mayor Rahm Emanuel announced 2019 as The Year of Chicago Theatre in collaboration with the Department of Cultural Affairs and the League of Chicago Theatres. The citywide campaign marks an effort to involve Chicagoans in theatrical endeavors, as well as to “boost awareness and visibility of Chicago’s vibrant theater community, marketing Chicago as a theater destination.”

Here are some of our favorite picks:

Little Shop of Horrors
Don’t miss the cult classic musical starring a bloodthirsty, carnivorous alien plant. Seymour Krelborn, an orphan on run-down Skid Row, takes the plant under his wing where he works at Mushnik’s flower shop. Suddenly, Seymour has everything he could want out of life — fame, money, a relationship with his crush, Audrey — but for a terrible price. Starring Christopher Kale Jones and Dana Tretta as the two lovers, and Jonah Winston as the voice of Audrey II, this performance is absolutely worth a visit. Our critic said, “In 20 years of literary and theatrical study and criticism, I have seen more than a few productions of Little Shop of Horrors. Mercury Theater Chicago’s offering is one of the best.”

About the venue: Mercury Theater, housed in a building erected in 1912 featuring a silent film cabaret, has played host to shows such as Avenue Q, The Addams Family, and seasonal favorite The Christmas Schooner. The intimate theatre seats 280 people and also features the restaurant Grassroots, which showcases farm-to-table cuisine.

A Chorus Line
The Pulitzer Prize-winning musical about the lives of Broadway dancers picked up nine Tony Awards when it premiered in 1976. Porchlight Music Theatre (Gypsy) presents a revival at the Ruth Page Center for the Arts. With music by Marvin Hamlisch, lyrics by Edward Kleban, and book by James Kirkwood Jr. and Nicholas Dante, this production features direction by Brenda Didier, choreography by Chris Carter, and music direction by Linda Madonia.

About the venue: Porchlight Music Theatre, home to “American Musicals. Chicago Style” has claimed the forefront of Chicagoan musical theater for over two decades. Representing a strong link between Chicago and Broadway talent in musical theater, the organization celebrates “bold, edgy, and intimate music theatre.”

The Music Man
The beloved tale of the quick-talking swindler Harold Hill, and his ragtag brass band plays the Goodman Theatre from June 29-August 4. Norm Lewis and Jessie Mueller headlined an acclaimed concert production of The Music Man at the Kennedy Center in January, bringing Meredith Wilson’s much-loved score including “Till There Was You” and “76 Trombones” back into modern repertoire. Also recently announced is the highly anticipated 2020 Broadway revival starring Hugh Jackman. Mary Zimmerman directs the Goodman production, which will likely have a unique twist if it’s anything like her critically acclaimed production of Wonderful Town.

About the venue: Goodman Theatre, helmed by Artistic Director Robert Falls, is Chicago’s largest and oldest nonprofit theater. Dedicated to producing contemporary and classic theatrical works, Goodman Theater is home to the Goodman Artistic Collective, a “diverse group of outstanding theater artists whose distinctive visions have given the Goodman an artistic identity of uncommon richness and variety.” 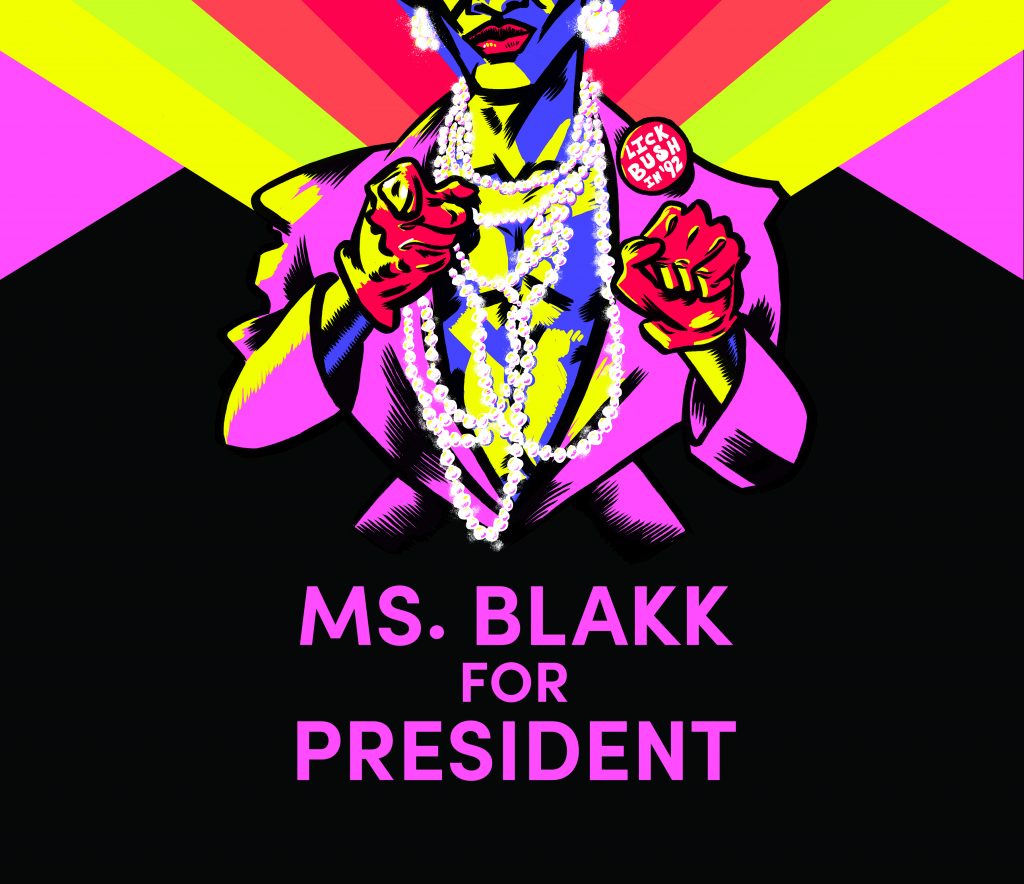 About the venue: Steppenwolf just announced a new theatre expansion that will add an in-the-round venue to their Lincoln Park campus. For this production, the Upstairs Theatre “is getting a fabulous makeover for Ms. Blakk For President”: this will include a runway with seating nearby, cafe tables, and couches. Steppenwolf is a nonprofit theater company that started in the basement of a church in Highland Park in mid-1970s and found permanent grounds 40 years later. The ensemble includes 49 people, including actors, directors, and playwrights (including Laurie Metcalf, Terry Kinney, Tracy Letts, among others). Shows like Grapes of Wrath and August: Osage County have garnered multiple awards and have contributed to the institution’s venerability.

Southern Gothic
The year: 1961. Place: Ashford, Georgia. The show, which received raves when it opened last year, follows four couples who get together for Suzanne Willington’s 40th birthday. They’re old college friends who have been close for decades — but there are plenty of secrets to be revealed. The intimate production welcomes an intimate audience inside a Georgian home as friendships fray over the course of an evening.

About the venue: “You’ll act as a fly on the wall,” Windy City Playhouse says, “overseeing all the juicy drama unfold up close.” Windy City Playhouse, a nonprofit professional theater, premiered in 2015. With a focus on “contemporary, relevant, and approach art”, the playhouse celebrates ingenious works of theater with a revelatory bent. Southern Gothic also includes cocktail samples served to the audience and cast throughout the play, as well as party snacks. The production, which was nominated for six Joseph Jefferson Awards (Chicago’s equivalent to the Tonys) just moved to a new venue to accommodate an open-ended run. 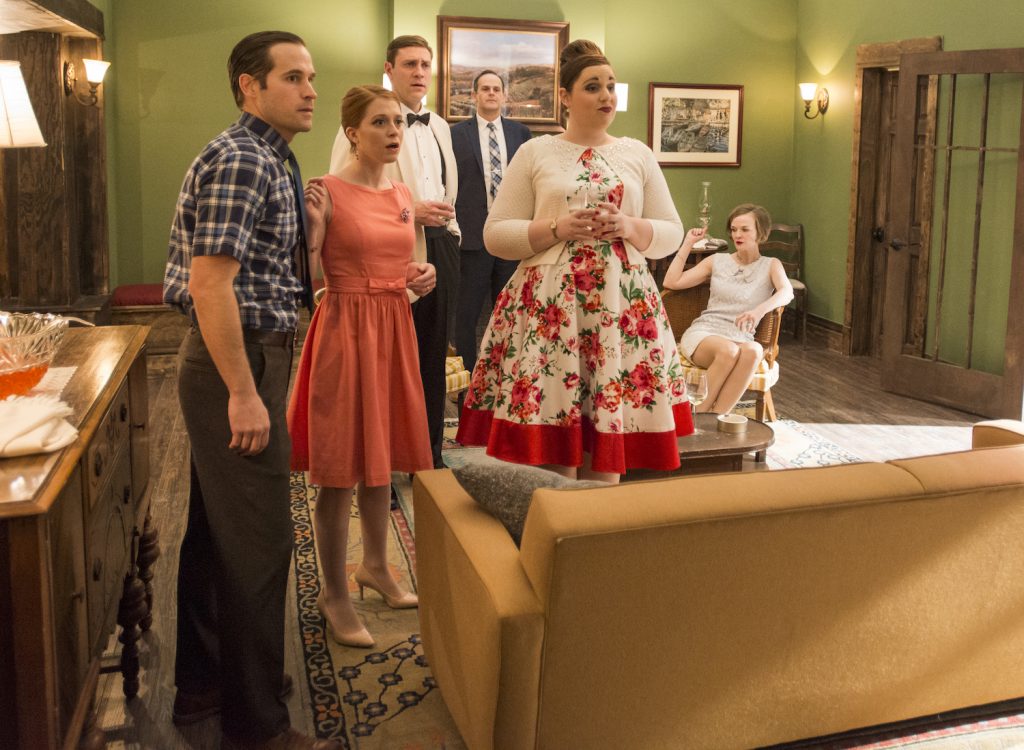 Chicago Magic Lounge
Patrons enter through a faux laundromat to discover the reimagining of one of Chicago’s longstanding traditions: magic. The hidden venue opened in 2015 a nostalgic nod and to breathe new life into the world of table magic and the magic bar and restaurant scene.  The Chicago Magic Lounge serves a dual purpose of reviving close-up and parlor magic, as well as fostering a community of professional and experienced magicians. Patrons can also take classes to sharpen their magic skills. Guest magicians this spring include Justin Purcell and Danny Rudnick in March, with Gozner, AJ Sacco, and Sally Marvel in April. Further acts can be found on the Magic Lounge website.

Second City
Home to beloved improv actors, many of whom landed on Saturday Night Live and have launched successful film and television careers (Tina Fey, Mike Myers, Amy Poehler, among others) Second City is a must-visit for any trip to Chicago. With shows at all four of their venues (Mainstage Theater, ETC Theater, Up Comedy Club, and Studio Theaters), patrons can catch a show almost every day of the week, sure to make them combust with laughter. A full slate of shows is on their website.